The Adoptee Survival Guide
An Interview With Lynn Grubb

Today I have the privilege of interviewing the one, the only, the amazing...Lynn Grubb! She is an inspiration to me in so many ways. This week her new book, Adoptee Survival Guide released and is already one of the "hot new releases" on Amazon! It is available on both Kindle and in paperback. I am incredibly honored to be one of the authors included in this book, and so thankful that Lynn had the vision for this project and the tenacity to compile and edit it.

And without further adieu...here's our interview.

Deanna: Lynn, what gave you the idea for the Adoptee Survival Guide? 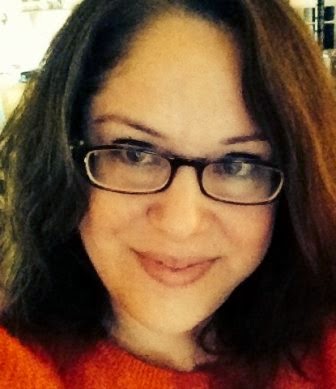 Lynn: I was at church one day reading a Lutheran magazine about a woman who was a full-time caregiver for her very ill husband.  She wrote an article about taking care of oneself when caring for others.  She talked about the difficulties that one faced, such as not being able to have any time for yourself and the feelings that come along with being a full-time caregiver.  She later published a book with the words “survival guide” in the title, and the idea hit me like a bolt of lightning.  I definitely believe this was God-driven and had God revealed to me the amount of work this project actually was going to be, He knew that this may not have come to fruition.  But it truly was a labor of love. 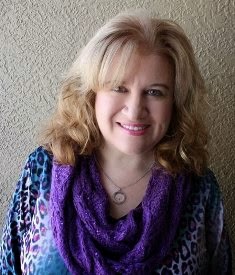 Deanna: Yes, it was an amazing labor of love and none of it would be possible without your vision and hard work bringing it together. What are your hopes and dreams for the book?

Lynn: My hopes and dreams for the book are twofold:

First and foremost, I want this book to be seen as a supportive tool for other adoptees.  In my home state of Ohio, original birth certificates will be opening this month on March 20th for adoptees born between 1964 and 1996.  I imagine many adoptees will not know where to turn to for support once they are holding their original mother’s name in their hand.  Some people do not want to air their personal thoughts in public at a live support group, but most people will buy a book for support.  Some people might want to peek inside other people’s adoption reunions before taking the plunge themselves. My biggest hope is that any adopted person who picks up this book feels less alone in whatever aspect of adoption they struggle with.

I hope to educate those working within the adoption profession, in addition to helping the general public gain awareness that adoption issues are complex – not cookie cutter like we have been primed to believe when you watch television during National Adoption Month in November.  Adoptee voices have long been missing from the mainstream.  I would like to see that change and for adoptee voices to be seen as “expert” over the non-adopted.  I would also like to encourage other adoptees to “come out of the closet” so to speak if they feel so inclined.

Deanna: Those are amazing goals that I wholeheartedly support.  Your efforts are so important. How did the contributors of the anthology come together to partner with you on this?

Lynn: Again, I will say that this has been God-driven from the get-go.  I kid you not when I say I posted one time on my Facebook asking for contributors and people came out of the woodwork.  There were quite a few who wanted to originally participate but could not find the time to sit down and write an essay, but as soon as one dropped out, another was there to replace them.

I asked a few specific people to write about specific areas of adoption that I knew was their expertise, but all of the writers had permission to write what was on their hearts.   Each contributor has their own unique strengths.  A few of them helped me edit, one coached me along, one came up with the idea for the chapter sections, and another was my confidante.  Each one I consider a friend.  I truly felt like throughout this project we built our own support group within the private writer’s Facebook room.

As I mention in the book, Amanda H.L. Woolston and the other Lost Daughters were the springboard for my even dreaming that this project could become a reality.  Amanda’s essay at the end blows me away and ties up the book nicely.

Deanna: I just have to say, the private writer's Facebook room became so valued to me over the time of this project. I met new friends and gained support during this project, and hopefully gave others support they needed too. I treasure these connections and relationships! So, what has the response been to the book so far, from those who have contributed?

Lynn: All have been very supportive in telling friends and family about their contributions.  They have good reason to be proud of themselves and I am proud of them.  There are quite a few that are first-time published authors and I remember how exciting that was when I was published in my first adoption anthology.

Deanna: Me too. It's such an amazing collaborative. So, were there any surprises along the way in creating and coordinating this wonderful effort?

Lynn: My favorite surprise was early in the project  I Googled “toxic mother adoptee date rape” one day and Rayne Wolfe’s name popped up on my screen.  I know it seems like an odd thing to Google, but her story with her birth mother is similar to my own which then led me to her book, Toxic Mom Toolkit (great book, by the way).  I went to her blog and realized that our stories were so similar.  I contacted her on a whim and asked her if she would want to contribute, fully expecting to hear no.  She cheerfully jumped right on board and was my behind-the-scenes cheerleader throughout the stages of the book.  Her story in the anthology brings tears to my eyes every time I read it, because she focuses on the love of her adoptive father.

Something similar happened when I read The Tangled Red Thread by Elle Cuardaigh.  I wrote to her telling her how much I loved her funeral crashing chapter (actually the whole book is one of my top five favorite adoption memoirs) and she also gladly jumped on board in addition to helping me during a few crisis that occurred during formatting.

Deanna: Well, we have this in common too. We are both fans of Rayne Wolfe's work, and I too have appreciated The Tangled Thread. Great insights from both of those authors. What are you most excited about concerning the book?

Lynn: I really am excited about the adoptee community coming together and supporting one another. I am so proud to be a small part of that.

Deanna: I actually think you're a big part! Is there anything else you'd like to share with us about this project?

Lynn: One of the things I think is really exciting about this anthology and I hope to see future anthologies cover this topic in even more detail, are the stories of people who are taking the plunge into genetic genealogy/DNA testing.  This new technology has opened up quickly and is helping people find family members every day.  Gaye Sherman Tannenbaum gives a nice overview in The Adoptee Survival Guide as to what you can expect if you decide to test.  The cost is only $99.00 at all three major testing companies.  My own essay as well as Sophi Fletcher’s talks about our experiences with these genetic genealogy databases.  Quite an adventure!

Deanna: Yes, an amazing adventure! And, thank God for DNA testing!  It's a God-given gift.

Thank you so much for sharing with us today, Lynn. You are so appreciated.

I would encourage everyone who hasn't done so already to get their copy of the Adoptee Survival Guide, today.  Do so at this link.