How Does Family Preservation Work? 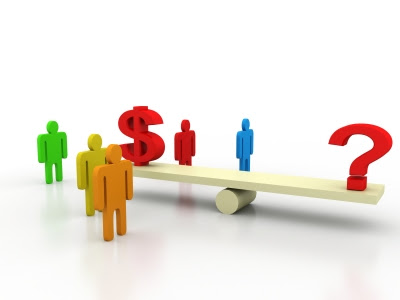 We don’t have custody of Livvy anymore. But, she still lives with us. Her mom has custody again and she and Livvy's four year old brother have moved in and joined us in our home at our invitation. We have this arrangement for as long as they need, while she gets on her feet. It could be months or years and it matters not – the offer stands for her to live with us for as long as she needs to.

Lexi completed the one year program she was in, a few weeks ago. She not only completed the program - she did it with excellence. She was an R.A. of her dormitory there, sang in the choir, and worked hard and got her GED. She is a transformed person. We are so proud of her.

It has been awesome to see mother – daughter – son reunited. To see them laugh together, eat together, attend church together, play together and drift off to sleep together. It’s a beautiful thing.

Many great things have happened in the past week. Some of those things were nothing short of a miracle. To name a few things – Lexi got her driver’s license reinstated. She got a job! (Yes!!!) Enrolled Brody in school, (an A-rated school, close by), put Livvy on the  waiting list for Early Head Start and more.

In the past week Lexi went with me to a few places that I preached and at one of those places the pastor’s wife said that she was given $100 to help a single mom and God laid it on her heart to give the money to Lexi. (Actually, that is all she has to her name right now until she gets her first paycheck.)

Most of all, a very generous friend from a neighboring church stepped up and offered to pay for Lexi’s training to be certified nursing assistant. She’s wanted to get into the field of nursing, unbeknownst to the friend. She will start training for that in September.  This is just a first step.  We have so much to be thankful for, and none of what I’m about to say negates our gratefulness.

This past week is a  revelation.

It's a revelation about single moms and about family preservation.

If a lot of people don’t want a single mom to succeed they will have a really hard time doing it.

It really does take an advocate and a village.

In one week’s time I have learned so much about Medicaid, Early Head Start, School Readiness, WIC, food stamps, and more.

On her third day here, Lexi got a job. (Praise God.) She will be starting at $8.07 an hour. The other night I spent a few hours with her filling out the Medicaid application. She and the kids don't have insurance and are desperately in need.  My husband checked the application over after we prepared it. We pressed “send” and she was immediately rejected.  Whaaaaaat? How the heck do you make $8.07 an hour with two children and get turned down for medical care?  (Yes, she will be working the required number of hours -- actually more.)

So I spent hours the next day while I was at work, trying to call these people while simultaneously working. I heard a recording to press this number, press that number, and then waited on hold on speaker phone while I worked for about two hours. Finally sick of this, I looked up my local Access Office (I didn’t even know what an Access office was before)  left work, got in my car and drove over there. Peeved about being on hold for two hours, I walked right up to the desk and said, “Hey, nobody’s answering the phone, so I’m here.” Yes, I truly did. Then I proceeded to ask them how the heck my niece who makes $8.07 an hour was just turned down for Medicaid. They were actually really nice to me, but explained that I must have filled the application out wrong. I have no idea what was wrong. They didn't give a reason for turning it down. But they said what would have to happen is that we would have to wait about 30 days to get turned down again and appeal it. And keep appealing no matter what. "You need to be relentless they said." No problem, Relentless is my middle name.

So my husband called an insurance specialist and he said she and the children are  is definitely eligible for Medicaid but they will give us the runaround forevermore and we need to stay on them until they give in.

Okaaaaaaaaaaaaaaaaaay. Your government dollars at work, my friends.
We pay all this tax money so folks in need can be provided for.  Then we who have paid these thousands of dollars in taxes have to CHASE the government down and try to force them  to cough up the money to the people who are in need? How crazy is that?

The rejection letter from Medicaid said to check about Obama care. We did and those folks said she was not eligible either. Something about having to make $18 K a year. I don't understand this reasoning at all. The insurance specialist said that with her salary she would never have enough to pay the deductibles.  So much for hope and change.

With all the money we pay in taxes, I was thinking they may roll out a red carpet for Lexi and the children and even send a marching band to the house. I was wrong. They didn't even give us a set of coasters or a pen.

The government doesn’t do go out of their way for anybody, and it still takes people like me and you, family members, friends, non-profits and churches and the like who give a rip about people.

At the end of the day it's not the government who helps people.
It's people who help people.

Government is just one big ball of red tape that you have to keep chasing .

I am soooooooooooooo grateful to all of the family and friends and the church (not just our church but many church folks from all over) who have reached out to help Lexi with everything from a package of diapers to clothes and shoes, to training to be a CNA. She couldn't move forward without this kind of help. It's the grace of God and this kind of help that has kept her alive! (One year ago she was literally on the verge of death!!!)

More than ever I believe in not only the hope and help of faith, family and friends, but in people like Carolyn Espina and the New Life Center for Family Preservation. They do amazing work. Day in and day out. I believe in them. I believe in what they do.  (By the way, I'm their speaker again at their annual fundraising banquet this year in November. If you live in Florida, maybe you can come! It's on Thursday night, November 3 at Harvest Assembly of God in Lakeland.)

We are praying that Medicaid’s decision will be reversed and will stay on them until it is.  Even if it’s until Jesus comes back they will have to put up with hearing  my relentless voice.

We are praying for a compassionate dentist to help her, pro bono. Do doctors do stuff pro bono or is that just lawyers? Well, you know what I mean.   At least one of her teeth are infected to the point where it has to be extracted. I have written emails to local dentists asking for help and asked friends if they know anyone who does this kind of work as charity.

We are praying provision for a car for her, to get her to work and Livvy to head start, and Brody to school and back.  (There is little to no public transportation in our area.) She will save what little bit she can each week toward it, and we know God is able.

We are praying that a spot with Early Head Start will open for Livvy. Until then we will keep up our juggling act. We could be in the circus by now. She is used to going to Uncle Larry and Aunt Deanna's office when we do not have child care, and traveling all over the state of Florida staying in hotels when I have to preach.

We are praying that with the provision of a job, her bills will be covered.

We are praying most of all that she and the children feel secure and loved in their new place here, and that they thrive and reach the destiny God has for them.

People talk about how the church isn’t pro-family preservation in many ways.

Sometimes that is true. Other times, it isn't.

Right now in addition to my sister (her mother) -- and our family -- it's the church who is helping Lexi.

I see that the government isn’t set up to promote family preservation.

Family preservation only works when people want it to.