Just Another Day In the Life Of a Resilient Adoptee

Welcome to another Adoptee Restoration post where Deanna emotionally bleeds all over the computer welcomes you into the journey of living life as an adult adoptee in search and reunion.

Adoption is a complex world, made even more so by the use of amazing technology like DNA testing.

If you aren't living in adoptoworld you probably won't get this post. Those who do live in this parallel universe, be encouraged. You don't need another glass of wine or bowl of Chunky Monkey to survive. You aren't crazy. You're just adopted.

Ask A Therapist:
What Are The Greatest Struggles of Adoptees?

Therapists hanging out and commenting at Adoptee Restoration was something I didn't envision when I started, but it's happened quite a bit, to my delight.

Karen Caffrey, LPC, JD is a therapist I've been privileged to meet here on the blog. She gives valuable feedback on the AR Facebook page and I've come to appreciate her contributions and expertise and am interviewing her today. She specializes in working with adoptees and has an enormous amount of insight to share since she has provided therapy for so many.  She will be available in the comments for anyone who would like to ask her a follow up question.

Deanna: Karen, it's such a privilege to have you share at Adoptee Restoration today. I love that you specialize in helping adoptees. As you know, there is such a need!  I'd like to start off by asking you...what is the greatest struggle expressed by the adoptees you have
provided therapy for?

I Stared At Truth Today.
First Round of DNA Results Are In! 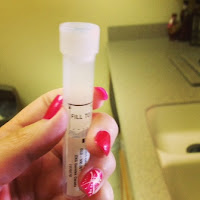 Putting dishes away and blowing out the last of the candles after a leaders meeting in our home last night, I went to the computer to check on a few things before bed. I had not received an email about my first round of DNA tests being in, but thought, "I'll check anyway just in case they are in but the notification hasn't been sent." Logging in, I was surprised to see my results come up. I double checked, thinking, "Am I looking at someone else's sample results?" No, these were definitely mine.

My eyes raced back, and forth. Seven percent middle eastern? Seriously? I'm middle eastern, even just a little bit? Well, knock me over with a feather!

Some things were predictable. I am overwhelmingly European.

And did I get any relative matches? Yes.

Adoptee Mentors for a New Generation

I don't know who has more of a challenge -- baby scoop adoptees such as myself or children being raised in this orphan-craze-people-call-ministry that we live amongst today.

Both have their huge challenges and some days it seems an exercise in futility to try to bring change. But, there are significant glimpses of hope I see around me. I see the work my adoptee and first mother friends are doing around the world and I know for sure, change is happening -- just not as fast as we'd like.

Here's an important truth I'm realizing: Young adoptees need out-of-the-fog adoptee role models. By outing ourselves and living our truth, we set an example that it's okay for them to live theirs.

Atlanta airport is a place where it seems scores of people are always racing to their next connection. Most times that I go through the ATL, I end up being part of a pack that is running to our next gate.

During the month of May, I've been away preaching a third of the month and have gone through the ATL several times. As I was navigating the hustle and bustle one day, I met a middle aged gentlemen who had never flown before. He was missing about half his teeth and had a southern drawl. He turned to me with a look of desperation and said, "I have never flown before and I have no idea what I'm doing."

What is Adoption Supposed to Be About?

Those interested in the long version of my views on adoption can go here.

Don't want to read all that?

My view in one sentence:

Adoption is an alternative when there are absolutely no other options of a child being raised within their original family and should be all about only one thing: the child.

Email ThisBlogThis!Share to TwitterShare to FacebookShare to Pinterest
Labels: View on Adoption

When I began this blog, I was aware of the potential of severe criticism. That's why it took me so long to get here. I was afraid. I'll admit it.  I knew I had a lot to lose (possibly family, friends, and more) and I wanted to walk carefully and prayerfully in speaking what was on my heart.

Although the positive feedback has been overwhelming  there have been days that are discouraging.  On those rare occasions, God is faithful to bring someone along to let me know I need to keep going. The person I'm introducing on the blog today is one of those people.


Jamie and his wife Donna are adoptive parents who used to have very different ideas about adoption than they do today. Then, they began to read certain blogs, and well...the rest is history! A lot of changes have been made in their home, in just the past few months.

There were a number of times Jamie wrote me a note and said, "I want to encourage you to keep going, because you're making a difference for people like us." When I started out, I had a desire to reach adoptees as well as give Christians a new perspective. I was surprised that some adoptive parents started reading, and reached out to me. Never in my wildest dreams did I think I would be one of the people who would play a part in helping some of them develop a new approach. My heart has been encouraged over the past five months as Jamie has shared with me the steps he and Donna are taking.

After Jamie gives an introduction I will ask him a few questions. He will also be available in the comment section to interact with.

Adoptees DO have power!
(The Choice of New Generation) 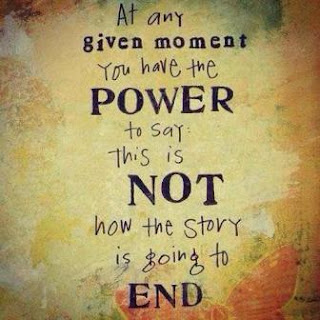 Yesterday I posted the graphic above, that was circulating on Facebook. An adoptee responded with, "How do I know this isn't how my story will end?"

My Second DNA Test and Why it's NOT Okay

Yesterday, I spent Mother's Day at church and then had lunch with my husband and three children. They aren't children anymore but will always be my babies.

It's Mother's Day weekend and for adoptees and first mothers, this often presents different variables than it does for the rest of the population.


All week, I've experienced friends in both groups "checking in" with one another to ask how each other is doing so far. What is a happy, joyful occasion for most of the world is a time for many adoptees and first moms to "hold one another up".

People who are not adopted or first mothers are generally clueless that any of this is going on. So allow me to inform you...this holiday stirs up many feelings in many adoptees and first moms who are in an emotional tug of war.

The Lack of Critical Thinking About Adoption (Especially Among Christians!)

Critical thinking: “Disciplined thinking that is clear, rational, open-minded, and informed by evidence: “The questions are intended to develop your critical thinking.”


Society is informed about adoption on a continual basis from the very beginning of their lives. Statistics show that 90% of the population is directly connected to adoption in some way. Messages  abound about adoption. (I challenge you to try to sit through even an hour of TV or a movie or read a book that doesn’t at least touch on the edges of adoption.)
Read more »
Posted by Dr. Deanna DossShrodes
The Lack of Critical Thinking About Adoption (Especially Among Christians!)
2013-05-08T08:00:00-04:00
Dr. Deanna DossShrodes
Adoption and Media|Christian View of Adoption|Critical Thinking|Post Adoption Issues|
Comments

Sharing your story is healing for you. And, it can serve as the catalyst for other people’s healing.

As I travel and speak, I share my story even more openly now than I did before. It was a challenge for me to do that at first, because I feared the response. I will say, it has been overwhelmingly amazing. There have been times people ask me a question that is unsettling or even make a cruel comment. But the positive feedback including changed lives makes it all worth it.

I know some may wonder what I would consider unsettling or cruel. Well, to give you an example, I recently shared my story as a message illustration. Afterwards, a woman approached me, wagging her finger at me as she sternly said, “All I have to say in response to your sermon is that you better be glad Plan B didn’t exist when you were conceived, or you’d be dead!” And with that, she spun on her heel and walked away. That was it. No, “thanks for coming to our church,” or “good message…” Just telling me that she somehow knows what my mother, who she does not know, would have done if she were pregnant in 2013 versus 1965. But whatever.

Why Many Adoptees Including Me Are Undergoing DNA Testing


“What do you want right now, Deanna?” asked my therapist.

“I want to be empowered in this situation and right now, I’m feeling powerless.”

She reassured me I was not powerless. Then she helped me make a list of the ways I have power, or can get power.

One way that I am becoming a fully empowered adoptee is through DNA testing. 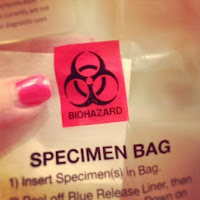 This past Tuesday was a big day for me as I took my first DNA sample, in an effort to find my original father.
Read more »
Posted by Dr. Deanna DossShrodes
Why Many Adoptees Including Me Are Undergoing DNA Testing
2013-05-03T08:00:00-04:00
Dr. Deanna DossShrodes
DNA|Lost Daughters|Lynn Grubb|Secrets|
Comments

Ask a Therapist: How Do We Get Our Friends and Family to Understand Adoption Trauma and Pain? 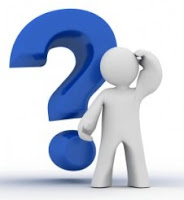 Sometimes my adoptee friends share their pain with me and I tell them something in an effort to help and they say, “Wow. That’s profound. How did you come to understand that?” And I say, “Well, honestly, I can’t take credit for coming up with that. I became aware of it when my therapist shared it with me.”  Some have responded, “Your therapist sounds amazzzzing. If I lived in Tampa, I’d go to her!”

Well, it’s not a possibility if you don’t live here but I did ask if she’d be willing to share as a part of my “Ask the Therapist” series  on the blog and she was delighted to help.

Some of you might be surprised that I’ve just admitted I have a therapist and am telling you who she is.

No secrets, friends. That’s how I live.

Her official bio is at the conclusion of this interview, but for now I will just say, thank you, Melissa Richards of Restoration Counseling Center,  for all that you've done to help me in my journey of restoration.
Read more »
Posted by Dr. Deanna DossShrodes
Ask a Therapist: How Do We Get Our Friends and Family to Understand Adoption Trauma and Pain?
2013-05-01T08:00:00-04:00
Dr. Deanna DossShrodes
Ask a Therapist|Emotional Pain|Trauma of Adoption|Validation|
Comments