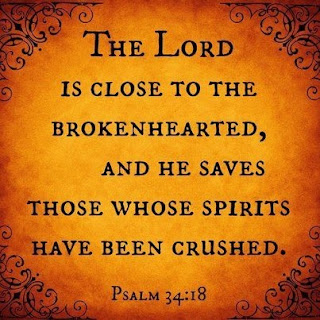 It’s not a match.


We tested with both Ancestry and 23 and Me.

The man presumed to be my paternal father - the man listed in the adoption agency files -- is dead. So I tested with his brother who is still alive.

I received the result weeks ago but haven’t written about it yet because I’ve needed to process things by myself. This was a bigger blow to me than any other because it didn’t just hurt me, but a family that very much wanted me to be theirs. They were so excited that their brother had a daughter they never knew about. I would have been his only child.

But I wasn't a match with his brother.

They didn't accept the results of the DNA tests.

They want me to test with other companies, just between myself and one of their family members, preferably one of his sisters who are also still alive.

I am reluctant to do that because I can’t imagine that both Ancestry and 23andMe could be wrong.

I trust the results. Two DNA companies of such reputation can't possibly be wrong.

The family has assured me there is no NPE in the family that would affect these test results. They would not be lying to me. They so badly want me to be one of them. They aren't afraid of family secrets and would do anything to get to the bottom of this.

They rejoiced at my entrance into their lives, and they embraced me.

At the Christmas holidays I received texts with photos of them at their family gatherings saying they were thinking of me. They are Christians as I am, and on Christmas morning they were in church just like I was. They texted afterwards to say that during church the pastor told everyone to get in little circles and hold hands and before they prayed share something each of them were thankful for. They said, "We shared that we are thankful for you." They couldn’t wait til’ my first visit…and for us to share many more things. They were planning a visit to Tampa to see me the first week of March.  Every one of them accepted me from the youngest to oldest family members. It seemed a match made in heaven.

But ultimately we were not a match, although were brought together in life for some reason. And we still keep in touch. (And they continue to want me to test more. I am still thinking about it.)

One thing we do know…my mother had a relationship with this man. He is the man listed in my adoption agency file. He worked with my mother at the drug store in Richmond, VA.

It seems maybe this (multiple men) was what she didn’t want to tell me about. There was more than one man, possibly even in the same month.  So somewhere in all this mix there is a Greek man. My DNA tests also indicate Balkan heritage. Specifically it points to the area of Tripolis and the Peloponnese area.

I just don’t know who he is.

When I first got the results, I wanted to stop searching. It hurt so much. And it all gets too overwhelming at times to deal with anymore.

My sister and her husband were visiting at the time I got the results. I excused myself for about an hour and went into my room to cry alone. While I was in there, my niece Lexi and my sister Kim headed off to Publix. They got a Marie Callender's Razzleberry Pie for me because Lex knows it's my favorite. They started baking it and when I came out of the room, gave me a slice because they knew it would cheer me up. (Food always does. I've used it like a drug since I was born.) I was depressed a lot the first few days after getting results and ate all the things that usually help me feel better, at first. Now I'm back on a plan and exercising and trying to get it under control.

My resolve to quit searching was short lived, as my husband said it would be. On the first day I said, “I quit!” but my friend Gayle told me she wouldn’t give up no matter what. Gayle rocks.

One thing that this situation shows me is that a lot of people can want you but it doesn’t stop you from wanting to know the truth.

And all of that means the world. But I still want to know the truth.

I want to know who He is.

I want to know where I originally came from.

And that doesn’t mean the love of all these other people means any less.

It just means that my heart longs to know.

Recently a friend said to me, “Maybe God doesn’t want you to know.”

Is that how God works?

Would we say to a friend whose legs were amputated, “Maybe God doesn't want you to have legs?"

But people say this kind of thing all the time related to adoption.

Because they just don't know.

Adoption is in a category all it's own, a world all it's own that many people even in it don't understand.

But back to my question...

Does He not want some people to know who their original parents are?

It’s a question I ask myself often.