Choosing Forgiveness on Father's Day, and Every Day

Yesterday, my adoptive Dad asked if I had heard anything else about my search for my natural father. He asked me when I called him for Father's Day, because he honestly cares.

Maybe he thought it was a hard day for me and gently took the time before we hung up, to ask if I was struggling.

Truthfully, I wasn't.
The day was no harder for me than any other day.

I live with the realization of what is, but determine every day to forgive.

It's an act of my will, not something that is determined by my feelings.

Feelings are terrible leaders.
So I choose to lead myself by facts, not feelings. 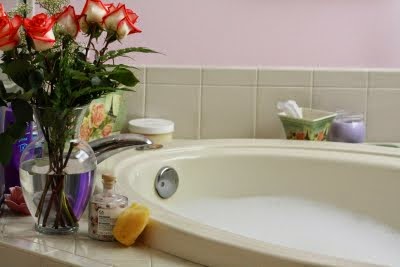 The most introspective thoughts and prayers seem to come to me as I'm soaking in my big tub. Maybe because it’s really a sanctuary for me. I arrived at the thought that most people who experience something traumatically life-altering have to make a choice daily to forgive.

Numerous people have hurt me over the span of twenty-seven years in ministry, but it doesn’t require me to wake up daily and forgive for the same offense. Godly and wise people loose things like that and let them go. Some people who caused harm to myself or my family years ago, I don't even remember the names of, at this point! But then, there are other things that affect your life profoundly whereby you are forever altered. Sitting in my tub pondering this, I had the thought -- it’s not so much about holding a grudge, it’s more about waking up so undeniably changed that you can’t avoid the obvious. It would be like waking up every day without your legs because they were blown off, and trying to ignore the fact.

After a life-altering act, you can move forward but life doesn't go back to the way it was. You wake up every day with the realization that things are different because of a choice someone made. That’s kind of where I reside daily, but I live victoriously despite having lived through the unthinkable. Every day I say,  “As an act of the will, I forgive…” and then keep moving forward.

That’s one of several reasons I choose it.

I was grateful that yesterday not one person felt the need to tell me that because of four great fathers in my life (my adoptive Dad, step-dad, father-in-love and the amazing father of my children) any other loss was utterly meaningless.  Yippee for trigger-free days!

As many adoptees know, yesterday was a day with much trigger potential for us.  Having the impact of significant losses dismissed is not only triggering, it’s exhausting. It was a good day for me to be thankful for all four of these men, yet at the same time live in the real world. Because that’s where I live - in reality.

An adoptee friend made the point yesterday that all children have fathers.
No child is fatherless.  Or motherless.

Every person in the world who has ever been born has a father, and that will never, ever change.

The fact is simply, some fathers are involved and some aren’t.
Some are known to the child and others not.
Some step up to their responsibilities and others don’t.
But we all technically have fathers.
It takes both a mother and a father to create a child.
Whether they actually raise the child they conceive is another story.

So, I have another a natural father out there, I  just don’t know for sure who he is.

Whether he’ll look into my eyes or vice versa, within my lifetime remains to be seen.

Until then I’ll keep waking up every day -- empowered, choosing forgiveness and kicking the devil’s tail.