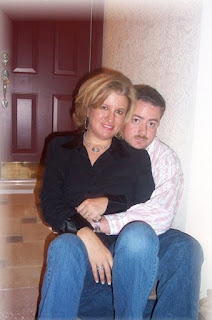 Recently I let my husband know that I needed our home to be a trigger free zone. I really wish I would have done this sooner!

Maybe you are an adoptee who lives in a trigger free home, but I wasn’t one until recently.

Larry has lived with me for 27 years of marriage, and understands as much as a non-adoptee can, about what it’s like to be me. When we have disagreed regarding something about adoption, it would usually trigger me terribly, sending me to an emotionally low place. Even though our disagreement about adoption was rare, the fact that my spouse believed the opposite of me on something that went to the very core of my very being was hard. Sometimes I would be triggered simply because he didn't get what I was triggered by and I felt dismissed.


After 27 years of marriage, he is still surprised at certain things that trigger me.

In the past we would talk through these issues, hash them out, and ultimately agree to disagree. But something has changed. It was my job.

A year ago I went from working in the church as co-pastor, (where I've been our entire marriage) to serving as director of women's ministries in our state denominational office.  When serving in this role, triggers come a lot more than they did when I was working in the church. I meet so many more people, many of them adoptees and adoptive parents. I handle triggers well in the context of my work, and am successful at my job. But at times, it's a lot to hold in until I get home.

I compartmentalize well in order to be successful. Holding it in forever isn't good, and I don't hold it in -- even for a few days. Processing my feelings with other adoptees in order to stay emotionally healthy is essential.


Because I am triggered so much more in the role in which I now serve, I’ve requested that our home be a safe zone. Coming home to more triggers than I already face would be overwhelming. I need my home as a place of refuge. I used to be able to handle the occasional debate or disagreement with him regarding adoption but that is not the case anymore.  Though we may have only dissented on 5% of the issues, even 5% is too much for me at this time as I have no more emotional bandwidth for triggers other than the ones I already deal with.

This means Larry and I don’t discuss the 5% anymore and he is also understanding of my need to bow out of watching certain shows or movies with the family. Before we watch a show, I ask them if there's anything in it that will affect me.

So how this works is, anytime I am feeling triggered by a conversation, I inform Larry that we need to change the topic and then we do. Of course I do not abuse this and cry “trigger” when it has nothing to do with adoption. Ha ha!

I must say, I like things much better this way. It’s really not necessary for me to discuss the 5% with him, nor do I need to subject myself to entertainment that creates negative emotions for me but makes my family feel good that I’m sitting on the couch next to them.

What do you think about home being a trigger free zone at home? Would you specifically ask your family for this like I did? Why or why not?
Posted by Deanna Doss Shrodes