9 Things I Learned in Search of the Perfect Life

I figure a lot of things out as I go along. I believe everyone does, and if they tell you otherwise they are just fooling themselves.  And furthermore, they aren't growing as a person. We didn’t know what we didn’t know, before we knew. 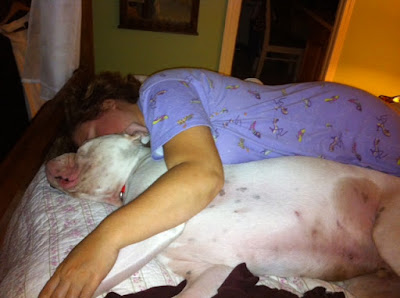 I asked God why He allowed me to have anything less than a perfect life after relinquishment and adoption. To me, that was enough pain for a lifetime. I had the attitude, “Hey God, I did my time.” I really believed in my heart that this loss and living as "the different one" my whole life was enough for anybody to face, and that God should have understood that. And He should have acted accordingly. It never works well to tell God what He should have done.

I was mad about this for a long time. I was confused about the losses that just kept right on coming.  (The dysfunction and eventual breakup of my adoptive home, etc., the loss of our first baby after we got married, the pain of things not going the way I dreamed of in the first church we pastored, etc.)

One time I was being prayed for during an altar service. To my recollection I was 17 or 18 years old. I was still in bible college when this happened because I remember talking to my best friend Joanne Greer about this. And the pastor who prayed for me, having heard a bit of my situation made the statement that he was surprised I hadn’t committed suicide by that point in my life. He was saying he sympathized with what I had gone through in life and was surprised I hadn’t given up. Then he prayed for me to be healed of what I was feeling inside. It wasn’t a bad experience at the altar, in fact it was kind of healing in itself to just have someone validate what I was feeling when for so much of my life nobody affirmed any of these feelings.

So fast forward a few decades and even more loss, and with it a few friends gently spoke into my life, sharing with me that many people – adopted or not adopted, face hurts and losses. That pain is not unique to adoption. At first I got upset that they said it.  I felt dismissed. (And maybe I was.) I tried to get out of the conversation as quickly as possible. I wanted avoid more pain as well as preserve the relationships of people who I had this conversation with.  But I still thought about it all the time even though I didn't talk about it. Some things are hard to hear but we still need to unpack them, nevertheless.

This was something I needed to come to terms with, inside myself. Because with each loss that would come my confusion grew. Did God not understand that I now deserved something different? Maybe not more in life but something different than what I was getting?

I'm careful to use the word deserve, because when it comes to work and outcomes, we typically get what we deserve. "You get what you put into it," we hear. I've found that true. The harder I hustle, the more the return. Success only comes before work in the dictionary. But on these random things like losses and pain and grief, I can't work my way out of them or control them. And I felt like I had already fulfilled the trauma quotient by birth. But God didn't feel the same. After about four years of thinking A LOT about this, for probably thousands of hours -- here’s what I have arrived at. 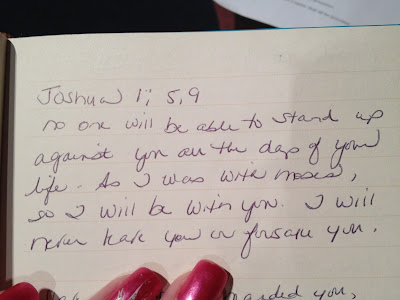 People face multiple traumas in their lives. No one is immune. I have many friends whose spouses have cheated, abandoned them, and then they have cancer. I have one friend who has been abandoned by her husband and has now faced cancer not once but twice. And the heck of a lot more. And she is NOT adopted. Is my loss worse than hers?   Truth be told in most of my friends who are not adopted I can name multiple traumatic circumstances in their lives -- children dying, cancer, abandonment of spouse, etc.

So how am I any different as an adoptee? This is what I’ve wrestled with.

Many of my non-adopted counterparts outnumber me in traumas. Nobody gets a guarantee of having only one trauma in life, even adoptees. And sometimes our non-adopted friends will outnumber us in the amount of things faced. I have come to understand that my loss feels worse because I have faced it longer than most of them will face theirs.

My loss started before I was even born.


Who else on earth can say that but an adoptee? Who literally felt their loss before they breathed their first breath? 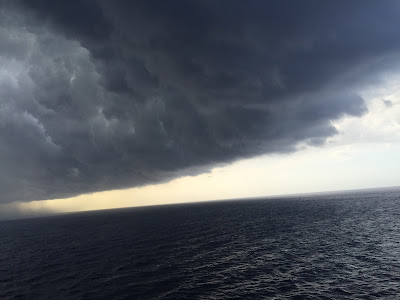 My mother knew she was giving me up even though she vacillated at times, and didn’t sign the papers for 47 days after I was born. She was at the maternity home four or five months after she got pregnant – because she had no where to go. She was homeless...having been kicked out of the house once her pregnancy was revealed. So from April of 1966 to August of that same year, she was living in a maternity home – moving toward relinquishment. Scientific studies show that stress that an expectant mother is under affects a child in the womb.

I was affected by all of that trauma before I exited my mother's body. Then, I continued to be impacted by it once I was born. I was a baby and couldn't control any of that. It was what it was. My mother and I never had contact while I was in the hospital. I was never laid on her chest – there was no warm contact of human being – no skin-to-skin nurture, for a long time. From as long as I can remember, I rub my feet on the sheets to soothe myself to go to sleep, even as a married fifty year old woman with a husband who is affectionate with me, and gives me all the skin to skin contact I could possibly want.

I’ve arrived at a place of understanding that my loss feels so much more profound than my friends although it may not really be more profound, because I’ve experienced it for even longer than day one of my born life. I use the word feels because I’ve come to understand it’s a feeling, not necessarily reality though it is my reality it may not be reality for the rest of the world.  This trauma I have faced feels like the absolute worse thing anyone in the world can face. But is it? I've been grappling...

Perhaps my friend facing multiple cancers does have it worse. But then we are getting into comparing pain. Which never leads to anything productive. I’ve come to see that pain is pain and the person who faces it just feels that theirs is the worst because it’s their day-to-day reality. And here’s my point – this loss has been my reality and most any adoptee's reality for longer than we've been alive. And as soon as I came to be able to realize what happened I felt like enough was enough and I didn’t deserve any more loss in life. And, it’s not the way things work. Life isn’t fair. The fair is where you get cotton candy.

What hurts the most at times isn’t that I believe my loss  is more profound than anyone else’s but that it is dismissed as nothing and unacknowledged and worst of all mocked or even praised by some. Yes, the praising kills you. That is what is so painful at times. 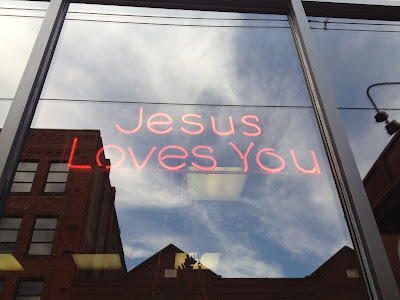 After letting all this percolate in my mind for so long one thought I have is that I don’t want to be someone who mocks a loss, especially one I haven’t endured. I pray I can be the healing hands of Jesus, not someone people avoid so as to not endure even more than they have already faced.

A lot of things happen to all of us that we don't expect or deserve. Life is amazing AND life is hard.

My thoughts today probably seem like one bit fat nonsensical rambling. Maybe people who read this will think I’ve seriously gone mad. But here’s what my takeaways are from today’s blog post…