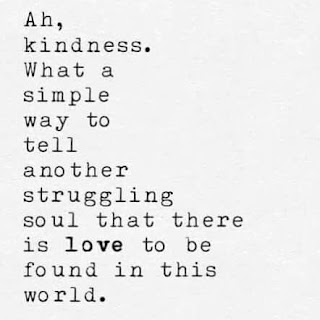 I’ve got to get this off my chest, so here goes.

Usually I do not use this blog to vent, but to share my journey, educate, and open people’s minds to another way of understanding life adopted. But today, I'm ready to rant.

So this week I met a man. His name is Kenny. He’s the nicest man in the world. I’ll take it further – he’s not just nice, he’s amazing. When I take my next trip to Virginia, I’ll be stopping off to have coffee with Kenny, for sure.

It’s amazing how in just a week’s time you can connect on a deep level with someone. I'm part of a Facebook group that is made up of people from my natural mother's hometown. I joined in hopes that someone there would know something and help me. These people have been so kind and generous to me, trying to do anything it takes to help me with my search. It was recommended by some of them that I talk to Kenny. His family lived only a few doors down from my natural mom's family and they are very well known in town. Not only that but his 94 year old mom is still alive and has a mind as sharp as a tack.

Kenny doesn’t have a Facebook page, and he doesn’t even text! He’s one of those rare people in the world unconnected to social media of any kind. But, when I called he already knew who I was, because so many people on the Facebook page had told him my story.

Kenny immediately welcomed me into his life and his heart and wanted to help me. He wants so badly for me to find my natural father. He wants to do anything it takes to make that happen. So far on his own suggestion he has not called but driven to and stopped by several people’s homes to talk to them about the situation…people he feels certain know something. On Thursday night he actually went to the nursing home to talk to his mom about my situation. He implored her, "Mom, keep thinking about this. If you remember anything, no matter how small...please let me know so we can help Deanna."

“You deserve a Christmas miracle,” he says. “You deserve to find your Daddy…” he says. “I know if this was my Daddy, I’d want to find him. Who can’t understand that?” he says.

By now you are wondering what in the heck I am here to vent about. Here goes…

On my journey I have met several people who have been willing to help me at this level and in some cases beyond. Many people I have cold-called have actually taken DNA tests for me. They have immediately opened their hearts and their homes to me. Numerous people took my cold call, talked to me for weeks or months, and after meeting me said, “Oh my God! I hope you’re my sister!” or “I’m hanging on waiting for the DNA results hoping you’re my cousin!” or “We’re already planning a family reunion to introduce you!” I’ve been through this again and again…with people who just days or weeks ago were STRANGERS and are now among my cadre of friends!

What I’m venting about is that the people who DON’T have the information are most often the most amazing, loving, nicest people in the world. And the people that DO have the information? I can’t even say here what they are without losing my ministerial credentials!!! I can’t even describe them without God Almighty telling me to watch my language!!!

The people who DO have the information can be the nastiest people on the planet.

One of the people in my natural (maternal) family who I am sure knows more than they are telling is always posting stuff on social media about kindness.  Stuff like this: 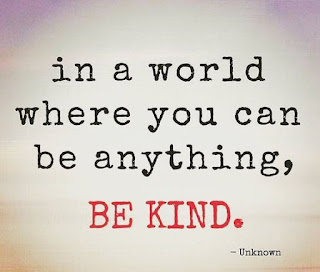 I wish they would stop posting stuff they really don't believe or practice. They aren't kind. If they withhold information about who and where people come from they are NOT KIND. They are not nice.
Truthfully it’s starting to concern me a little bit that if my natural father’s family already knows about me, they may be included among the mean people who hoard information and don’t want to know their own flesh and blood.

Why are some people WITH information so mean? Why do they feel it is their right to withhold information from people who by all human rights should know where they come from?

If you are reading this and you are holding information from anyone whose pain could be taken away by you sharing it, can I implore you to please give up your mean card and tell them what they need to know? What they deserve to know? 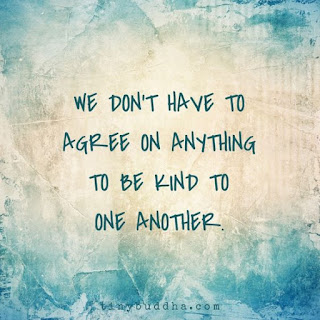 Kenny brought me to tears on Thursday. I was leaving work when he called. He had a phone number of somebody he felt it would be helpful for me to call. I let him know I was driving home from work and asked if he could text me the number. “Remember, I don’t text,” he said. Can you get a pen and pull over?" I promptly pulled over into a church parking lot nearby…the “Church at the Mall” in Lakeland, Florida. Sitting there I took down the name and number of the person he wanted me to call that night. A few minutes later after I wrote down the information and was still talking to him, I pulled back out of the parking lot onto Memorial Boulevard and he said, “Deanna, when all this is over, will you call me sometimes, just to let me know you’re okay?”