Mental Torture and Not Knowing Who Your Bio Parent Is 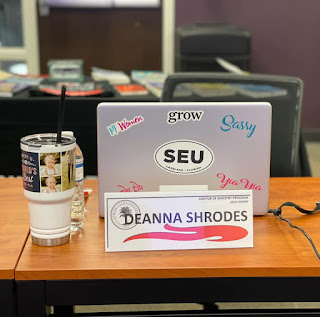 Yesterday was three weeks since the DNA test was sent in to Ancestry. My friend Regina and I have both been checking for results about 30 times a day. I know the time given is 4-6 weeks, however some people have been known to get results earlier. I just keep the Ancestry app open on my phone, next to me.

This is my week at school, and I’m in the classroom all day long hearing lectures and engaging in class discussion. Yesterday our professor did a magic trick with a quarter, as an illustration. His execution of this trick was stellar, and every student in our class was struggling with moving on to the next topic without him telling us how he ‘magically’ moved the quarter from one place to another.

He dismissed our questions and went on to  lecture about something else and someone would raise their hand and ask about the quarter. This went on for a few hours. We just wouldn't let it go. The whole point of his illustration was that the curiosity would drive us crazy and we would keep asking about how he did it. And it worked!

I instantly thought, “Hmmm…I must be pretty smart!!” (Bahahahaha!!)

Once he told us the point of this whole thing, which was staying curious and going after what we have a drive to find out, all I could think about is the fact that I believe it’s literal mental torture (no, I am not exaggerating, I really do believe it is mental torture) to not know who one or both of your biological parents are.

My professor sharing about curiosity and the drive to know validated something in me where I was comforted that I’m not crazy. Although it's threatened to drive me off a cliff at times, I'm normal. There is nothing wrong with me. It’s perfectly okay that I don’t want to let this go, that I can’t just let this go.

Just like our class needed to know where that darn quarter was, I need to know who my father is.