An Interview With One of My Favorite Birthmothers
Claudia Corrigan D'Arcy

Birthmothers have been an essential part of my healing process. I've mentioned many times that so many of them were there for me in my darkest hour. And they are still there now. I count them among my dearest friends. They have helped me to understand more and the have taken time to understand me.

One of the women who has been a great blessing to me is Claudia Corrigan D'Arcy, or "Claud" as she is often called.

Claudia is the mother of four children, the oldest relinquished to adoption in 1987. As a prolific blogger, she has spend hours writing about her deepest feelings and talking to people about what it's like to relinquish a child. She is a writer, editor and director of social media who has been blogging since 2005.  Claud's writing has been featured at the New York Times, Blogher, Divine Caroline, Adoption Today Magazine, Land of Gazillion Adoptees,  Adoption Voices Magazine and many others. She writes at her blog, Musings of the Lame. It's my joy to introduce you to this amazing woman -- a mother who has made a complete overhaul in the adoption industry her life's work.

Deanna: Claud, your story had me riveted. I have to confess -- I read the whole thing in one sitting. I just couldn't stop until I finished it! I want to direct readers there to read the entire thing for themselves, but can you give us a snapshot of your story so they know a bit of your background? 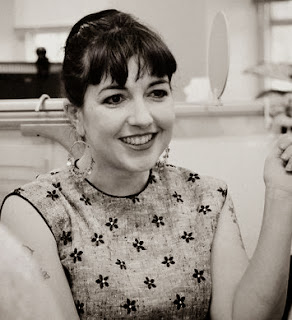 Claudia: I usually say I am the perfect "typical" birthmother of the storybook version: I was 19, struggling in life, dealing with fallout from a dysfunctional family, my parents divorce, rebelling, trying to find love and acceptance, failing....everything that I had hoped and dreamed had kind of fallen apart and I was just floundering.

So I was in this relationship..an affair really...with my much older, but unmarried boss...enjoying this super glamorous NYC lifestyle and  became pregnant pretty early on. And I just froze; the deer in the headlights.

I told no one. I did nothing. I just internally freaked out and hid my pregnancy until I was almost 6 months along and was confronted by the office manager where I worked. She ushered me to like three different doctors and I was just so relieved that someone had noticed and was taking control since I was lost, but thankfully every single doctor sent me away.

Still, the message was that "a baby will ruin your life" and so I literally just plucked the idea of adoption from the air, pulled an agency named from the yellow pages and told everyone of the "solution". Of course, I had NO idea what I was getting myself into.

Here's the long version of "How to Give your Baby up for Adoption," for those who have insomnia or might be on a long flight! lol

Deanna:  They will not be sorry they read the long version. So...why did you start blogging about adoption issues?

Claudia: In 2005, the Internet was really just starting to morph from email message boards. Before I was online I never even considered myself a person who writes, but I had started to find my voice on forums and such.  I recall people on Adoption.com being really shocked by The Daily Bastardette and I followed links there. I have always kind of been an early adopter (Yes -- I'm punny) of technology and applied it to adoption, so if there were other adoption blogs, then if was going to have one too!
I also thought it would be easier to keep track of things I had written, rather than risking the chance of losing them on a message board. The rest, as they say, was history.

I had no idea that the search for my son would be one of the first conducted using social media or that  my "live blogging" from the actual reunion would reach the audience it did, but it is still an honor that so many of the community shared the event with me. I have gotten so much out of blogging!

Deanna:  Me too. Blogging has changed my life, totally. So, tell us...what would people be surprised to know about a lot of birthmothers?

Claudia: That we are EVERYWHERE!!  No, but really...there are way more of us than people might think...you just can't tell from looking and sadly, most of us stay in the closet because so few understand. But usually, we are normal everyday women that all cross paths with in life; teachers, nurses, the woman in front of you in line at Macy's, your mother's best friend, your cousin, your neighbor....And adoption did not "save" our children from anything. It just separated families. 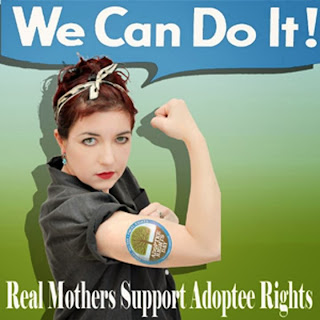 Deanna:  These are great insights. So, what else do you want people to know about birthmothers?

Claudia: It kind of gets me crazy: it seems that we are either cast as the strong, selfless, saint or we are sinners that deserve this pain as payment for the atrocity of having sex. We are not saintly family building angels created to make babies for others or somehow stronger and more selfless than any other person.  Nor are we able to emotionally separate ourselves from our babies when we sign the somehow magical relinquishment consent. We are also not cold, future child abusers, welfare mommas or abandoners.

We did not DO anything to deserve the pain of being separated from our children for eternity...the great majority of birthmothers I know are just normal everyday people and the only thing that separates us from the rest of the sexually active population is that we conceived.

Personally, I think people need to make us "different" in order to separate us and protect them from feeling the true horrors. It's what allows people to rationalize the separation of mothers and babies for profit rather than see it for the true tragedy it is. If a mother grieved her child under any circumstances BUT adoption, she would be the most synthetic figure known, but throw adoption into the mix and she is alternatingly glorified or vilified. It defies logic to me.

Deanna: What do you wish you knew then that you know now?

Claudia: I have to echo what I have heard birthmothers say over and over again:

I wish I knew how MUCH it would hurt and how it NEVER goes away. It seems that society so strongly believes and promotes the concept that mothers can just separate from their children and go on as normal. But we cannot and it changes us completely and affects literally everything for the rest of our lives. I think we imagine that we are signing up for a temporary sadness, but then decades later, it is hard to justify the supposed "benefits" of relinquishment verses the reality of the affects.

I also wish I had been told of the possible negative affects to my son. There is so much emphasis on the "better" life promised by adoption, but none of the anecdotal or researched affects to the adoptee. I don't think many agencies now discuss the "Primal Wound" with mothers considering adoption or the four times increase of suicide risk to adoptees! It’s a real hard pill to swallow when a mom finds out that this thing that was supposed to be so great for her baby really could have been negative at well.

I actually have a list of 29 things I wish I knew before adoption entered my life, but those are the biggies for me.

For later moms, I also have to add that many,  many have told me that if they knew that the open relationships would not have been followed as promised before they consented to adoption, then they would not have done it.

Deanna: What do you want people to know about adoption that they may not currently be aware of?

Claudia: I think the biggest thing for me is often helping others understand that adoption is a 13 billion dollar industry. It's not some social establishment that is there to really benefit the children, but a business run on supply and demand. We just don't want to accept that the transfer of the parental rights of children is routinely bought and sold for the benefits of the bottom line and the needs of the final customer: the adoptive parents! In doing that the adoption industry uses us ALL; the birthparents for the children we produce, the children for their value as a products and the adoptive parents are also exploited based on their desires to have children and the money that they are willing to pay for that privilege.

We should be demanding that the industry changes, but instead, we end up fighting each other and I think they like it that way!

When I start speaking of the market research conducted by the adoption lobby groups to find out why mothers do or do not relinquish or even how the non-profit agency is a finical myth, people still look at me oddly like I am lying! I guess that's why I am obsessed with making sure that research papers and reports and facts based evidence is available even if I have to publish them myself. Can't mitigate the truth!

Deanna: Is there anything else you want to share with us?

Claudia: Everyone can do something to make a difference and it doesn't have to be huge; even little baby steps can help. I think we all need to be encouraged that our voices matter and it's only when we come together in a chorus that we can make the changes happen. And we really have to make it happen. Feeling like we are unable to or not worthy... it only lets another generation get wounded by adoption separation. I don't have any clue what I am doing half the time, but I just do it anyway and if every blunder of mine reaches just one other person in some way, well….. that's a good day for me!

Deanna: Claud, thank you so much, for being willing to share. I appreciate  you so much.

Note: As regular readers know, I normally use the term first mother, natural mother, original mother or mother,  at Adoptee Restoration. However, as Claudia uses the term birthmother at Musings of the Lame -- and explains why here --  I have utilized the term in this post. She did not ask me to make the change. It is my practice to use terminology that others use or are most comfortable with when speaking directly with them, whether online or in person. Thank you for your understanding.