Adoptee Memoirs—It’s a Genre, Not a Menace
Part 2

Today, I'm teaming up with my bestie, Laura Dennis, to talk about why we need MORE adoptee memoirs.  And before you read below, know that this post is Part 2 of this tag-team effort. So, if you haven't read the post at Laura's blog first, pleeeaaaassse click over there to read part one.  Then come back here for the conclusion. Thanks so much for joining our conversation today.

Laura—I think you’ve touched on an important point here. Maybe the people who complain about too many adoptee memoirs are something in addition to—or perhaps distinct from, jealousy.

Could it be a fear of truth, of truth-telling?

Could it be a jealousy that their own story holds too many secrets, too much pain, to ever be told publicly with complete openness?

So many times I find that people’s misguided (or just plain nasty) comments stem from something happening in their own lives. That is to say, it really has nothing to do with the person to whom they direct their comment. Instead of being happy for someone who has summoned the courage to stand in their truth, they feel left out—because they feel they could never share their own story; it’s simply off-limits, or there’s too much at stake.

That trade-off that you mentioned, Deanna, is HUGE. It was something I really had to come to terms with in telling my story, as well. I had to make sure that I told my story, my secrets—not someone else’s. I had to look deep down to ensure I wasn’t writing from a place of bitterness. It’s easy to fill a memoir of bad-mouthing; it’s much harder to present the multiple sides of a situation.

I know how hard you’ve struggled with this, Deanna … How much of your story is yours to share? Who are you going to hurt? How can that be possibly avoided? Where does truth-telling fall on the spectrum of owning your story versus gossiping or taking it too far? How did you come to terms with this?

And, is this why some balk at adoptee memoirs? The notion of airing dirty laundry? 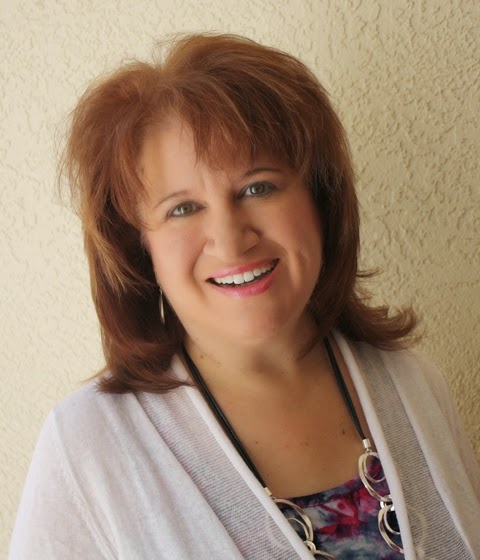 Deanna—There is no such thing as too many memoirs, adoptee or otherwise. I believe some people balk at adoptee memoirs or others, for a plethora of reasons. But, the bottom line is—it rests upon the balkers to do the changing, not the writers.

I encourage anyone who feels led to write a memoir to do so.

As you know, although I had contributed to or written other books, I didn't set out to write a book connected to adoption. In fact, I feared it. Then, when I was in the throes of a painful season, I decided to share my story on the blog, mostly for catharsis. I was too broken at the time to even think about publishing a book. But I did pour the story of my life as adoptee out in a 14-part blog series. Later on, it developed into more than I ever imagined. (Worthy to Be Found will be released by Entourage Publishers in December 2015.)

Writing my story on the blog was frightening, then freeing. My fingers were shaking as I pressed publish on many posts. And I've found the ones that create the most angst within us are the things that the world really needs to hear.

Regarding jealousy, it’s a character flaw. It's a sin. It’s so serious it sometimes leads to death.

Look at most murder cases and you will find that they were motivated by a jealous heart. Proverbs 27:4 says, "Wrath is fierce and anger is a flood. But who can stand before jealousy?" In fact, you will see in scripture that jealousy was the motive for the first murder, in Genesis 4. The story of Rachel and Leah in Genesis 30 shows us some specific things that women deal with. These two sisters were dealing with low self-worth and lack of security, as well as intense envy. Rachel declared, "With mighty wrestlings, I have wrestled with my sister."

I don’t think many or most are going to lash out at an adoptee memoir writer by murdering them, BUT we’d all do well to check our ‘jealousy meter’  and ask ourselves: “Am I criticizing another adoptee’s memoir because  of jealousy in my heart?  Am I speaking against others writing memoirs because I am jealous that they are gaining attention, or—as you mentioned—because  they have mounted the courage to express what I have been unable to in my life but secretly wish I could?

As for feeling left out— it’s a choice to be left out when it comes to publishing. Never have there been greater opportunities for sharing one’s story. The field is wide open for anyone who wants to share—who mounts the courage to share.  Anyone can get online and start a blog account or self-publish their story. If someone chooses not to do that, it’s their choice. They weren’t “left out” – they simply chose not to for their own personal reasons. Don’t rail at others for something you don’t yet have the inclination or bravery to do.

“Well, some are hurting, not healed yet…aren’t at that point…”

It’s like Hemingway once said: “There is nothing to writing. All you do is sit down at a typewriter and bleed.”

If you want to write, you’ll write.

Some do balk at it from the dirt laundry standpoint. I’ve heard that as well, and truth be told, it’s yet another sin (yes, this preacher still believes in sin) called PRIDE. Most of what people call discretion, is just bad ol’ fashioned PRIDE.  And if you’re dealing with pride, it’s not other people’s problem, it’s yours.

As far as how I came to terms with sharing my own adoptee memoir, and receiving the dirty laundry accusation, I simply go to the root of the issue of -- is it true? That's my litmus test, plain and simple. When someone in my family confronted me about publishing my story on the blog, I responded by asking them,"Is what I shared true?" They admitted it was all true.

I am careful as far as it depends on me to publish nothing that is not factual.  I'd gladly correct it or apologize if it ever came to my attention that I said something untrue. Each time someone has pointed out their displeasure with something I've written, I've asked, "Is anything untrue that I've written?" The response was, "No, nothing is untrue, I'm just uncomfortable with it."

Well, sometimes the truth is uncomfortable.

I love the Anne Lamott quote: "You own everything that happened to you. Tell your stories. If people wanted you to write warmly about them, they should have behaved better."

Regarding publishing my adoptee story, a family member reacted with: "Well, I wouldn't write that if it were me."

I agree we do have to take care that we are not writing out of bitterness.  (There's another sin! I'm on a  roll...lol.) And we must take care that we are sharing our own story, not someone else's. Amanda pointed out to me a while back that sometimes our stories overlap with other people's, so that's hard to avoid at times. But the goal is to stick to our own story as much as possible. I try to do my best to share things essential to how I am/was affected.  Overlap can't be helped at times.

But generally, whenever we’re criticizing something, we’d do well to examine our own hearts to ask why we’re reacting the way we are. And you are correct, it’s always about what’s up with us when we feel that way, never about the person who wrote whatever it is they wrote.

I know, I know, I’m being reallllly preachy in this post. Well, deal with it. I’m a preacher.

I think that notion of dirty laundry is left over from a previous generation. Today we have celebrity tell-alls and 24/7 reality TV. Young women who find themselves pregnant continue in their high schools; they aren’t sent away to hide.

I predict that the trend of adoptees writing their memoirs is just getting started… and that’s a good thing.