Adoption Therapy: An Interview About the Latest Hot Release from Laura Dennis


The incomparable Laura Dennis has a hot new book release, and it's my fervent hope that the whole world hears about this book, because there's a great need. The message contained therein will save lives. It's THAT important!! Today, I'm interviewing Laura about Adoption Therapy: Perspectives from Clients and Clinicians on Processing and Healing Post-Adoption Issues. The book is available on Kindle and paperback. And, I had the incredible honor of writing the afterword for the book. Let's get started!

Deanna: What led you to the decision to publish this anthology?

Laura: The idea came from someone close to me saying something to the effect of: Babies who are taken from their mothers don’t experience trauma! There is no trauma in adoption!  If I had a nickel for every time someone said this to an adoptee, I could afford an expensive lobbying firm get adoptees OBC access in every darn state.

The “no trauma in adoption” line is so common. I knew I could argue a good case, but felt at a loss to provide “proof,” so-to-speak. I wanted a book that adoptees could use, flipping to a chapter or a quote—replete with all of its references and examples and professional opinions—and saying to say to someone: This! This is what happened to me, and it happens to others! We’re not making this stuff up!

Deanna: Was it easy to find people to contribute?

Laura: After having published Adoption Reunion in the Social Media Age, An Anthology, many had seen the work that was being done by Entourage Publishing and myself. So, adoptees and therapists were enthusiastic about getting involved.

The adoptees I know—especially those who have emerged from the adoption fog, are incredibly self-reflective about their adoption experience. We’ve accepted that adoption is not processed in a one-time awakening (as much as we may desire for it to be that way); rather over the course of a lifetime.

I’ve always been interested in the psychological aspects of adoption, so in my adoption activism, I’ve connected with many mental health professionals who have a special interest in post-adoption issues. Honestly (horrifyingly?), experience with post-adoption issues is a very under-studied aspect of modern clinical psychology. Contributor Brooke Randolph, LMHC wrote

It is no wonder that so many therapists are making mistakes when trying to work with those who have been impacted by adoption. Most clinicians were never provided even a basic introduction to adoption, let alone an explanation or analysis of the complexities adoption entails. Sixty-five percent of clinical psychologists surveyed were unable to recall any courses addressing adoption in graduate school, which is better than the eighty-six percent who could not recall any courses addressing adoption in their undergraduate coursework, either (Javier, et al., 2006).

When asked how much time they spend discussing adoption in doctoral-level clinical programs, professors reported an average of 7.95 minutes per semester on adoption, yet they reported spending 22.17 minutes on the rare dissociative identity disorder, and 76.82 minutes for schizophrenia (Sass, et al., 2000). I have never seen a case of dissociative identity disorder, but foster care and adoption was something I dealt with at least weekly during my masters-level internship.
—From Adoption Therapy, Perspectives from Clients and Clinicians on Processing and Health Post-Adoption Issues

So there you go. Post-adoption issues are severely under-taught at all levels of education. Adoption Therapy is meant to fill in the gaps, to be a resource not only for adoptees, but for colleges and universities.

Deanna: What was your goal for the book? 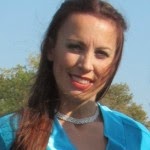 Laura: I had a very clear goal; I wanted adoptees to be able to walk into a potential therapist’s office, flip to a particular chapter, and state: This. I need help with this. Are you qualified?

I wanted the words of other adoptees and the perspectives of mental health professionals to provide examples and resources and (for lack of a better word) proof of what an adoptee might be experiencing. Granted, the specifics of our post-adoption issues play themselves out in varying ways, but the emotions felt are so similar it can be wonderfully validating to have a resource such as this book. The chapters tell us, Oh, maybe I’m not crazy after all; it’s just this unprocessed post-adoption issue that needs unpacking.

Deanna: How has the initial response been to the book?

Laura: Well, sales-wise I’m very pleased. I still would like to see more reviews on Amazon, to bolster the sense that this book is in fact vital for adoptees and the therapists tasked with helping them … but the book is very dense. I think it’s still early, and it’s taking time for people to read and process.

To that end … in an effort to bolster the reviews … we are giving away a free e-book of Adoption Reunion or Adopted Reality to anyone who writes a review of Adoption Therapy on Amazon. (Readers can simply email me the link to their review: laura@adoptedrealitymemoir.com)

Deanna: Has anyone been surprised by the very title, "Adoption Therapy"?

Laura: As in wondering, Why would anyone need therapy for adoption? Adoption is beautiful and there’s nothing sad or upsetting about it!
I can see how many who are in the fog (adoptive parents included) would be liable to say this, but I think that they wouldn’t even think to research or Google such a thing. It’s only when we begin to emerge, and we think, Man, I could really use some help with this … that I believe people would look for a book on such a topic. At that time it would likely make sense to them why such a book is needed.

Deanna: Why do you think a book like Adoption Therapy is so needed?

Laura: Of course, we do have The Primal Wound (N. Verrier), Journey of the Adopted Self (B.J. Lifton) and many, many more, but I wanted a resource for adoptees to be able to pinpoint how specific aspects of adoption loss and trauma played out in different ways. Because clearly, not every adoptee is traumatized by their adoption; just as not every soldier who experiences combat comes home with PTSD.

With post-adoption issues, there’s the notion of degree—some adoptees are affected more deeply (others simply bury it better, perhaps for a lifetime). There’s also the aspect of how adoption trauma is identified in our [many times maladaptive] behaviors. I’m not saying that all adoptees are damaged, either. The point of this book is to show that it’s the adoption and its attendant losses that are at the core; there is not anything inherently wrong or crazy about adoptee. … Not every adoptee becomes codependent; but many do struggle with codependence in his or her personal relationships. Not every transracial adoptee tries to change and mold his or her physical appearance to match that of the adoptive parents; but many do. 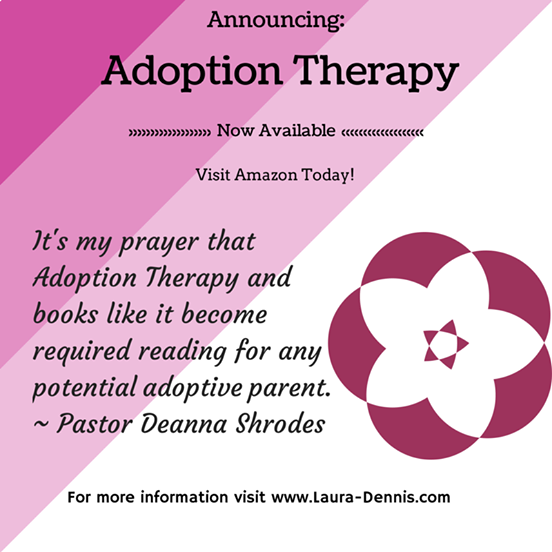 We need a book like Adoption Therapy to tease out all of these diverse ways that adoption affects our lives. Reading about the transracial adoptee (TRA) experience (even though I’m domestically adopted and White), was absolutely fascinating. Seeing how Lucy Chau Lai-Tuen (TRA from Hong Kong, adopted in the UK) and Mila Konomos (TRA from Korea, adopted in the US) used painful and destructive ways to modify their appearance—and how they could tie those behaviors directly back to their adoptedness—helped me understand and process further my own body image issues.

For example, Konomos makes the argument that her starving herself was more about control than anything else. She says in Adoption Therapy

The primary realization that has helped me to overcome my anorexia and to cope with my adoption over the years is learning to accept that I will never be in control—that control is ultimately an illusion. Even of those things that I think I can steer or command, I cannot, because life is just too wild, unpredictable and adventurous to submit to control.

But as it pertains to my adoption, I have most importantly had to learn to accept that there is nothing I can ever do to make it right. There is no amount of work or control that I can attempt that will ever bring me complete resolution or closure. This is the only way that I have found peace—to accept that I will never find complete peace over my relinquishment and adoption.

These are tough words to read, indeed. Especially for adoptive parents who might want to “fix” their adoptee, or who simply want their adoptee to be happy and at peace. But I find comfort in her words. Recognizing that we don’t have to come to a place of peace and acceptance takes some of the pressure off. It’s okay to not be okay with our adoptedness.

There are so many lessons held within Adoption Therapy, but there are so many more still to be explored. This is why I’m now accepting abstracts for (working title) Adoption Therapy 2. We need the voices of first moms (and first family members), men, more transracial adoptees, and other diverse populations to fill-out the wide range of the adoptee experience. Anyone who wants to contribute can email me at laura@adoptedrealitymemoir.com.

Thanks so much, Deanna, for interviewing me about Adoption Therapy. Your words of wisdom as someone who has been through complex trauma and grief—and lives as a restored and loving person—are right on point. In the Afterword your wrote, your advice is so helpful and healing, exactly what is needed to close the book. You remind readers—including adoptees and those who love them, and those therapists tasked with helping them heal—that we can live as whole human beings, and still be adopted.

Deanna: Thank you, Laura. It was my honor to be involved in this project. I wholeheartedly believe in it, and in you!
Posted by Deanna Doss Shrodes