No, I Will Not Pretty-Up the Details.
Why I Don't Agree With Positive Adoption Language (PAL) 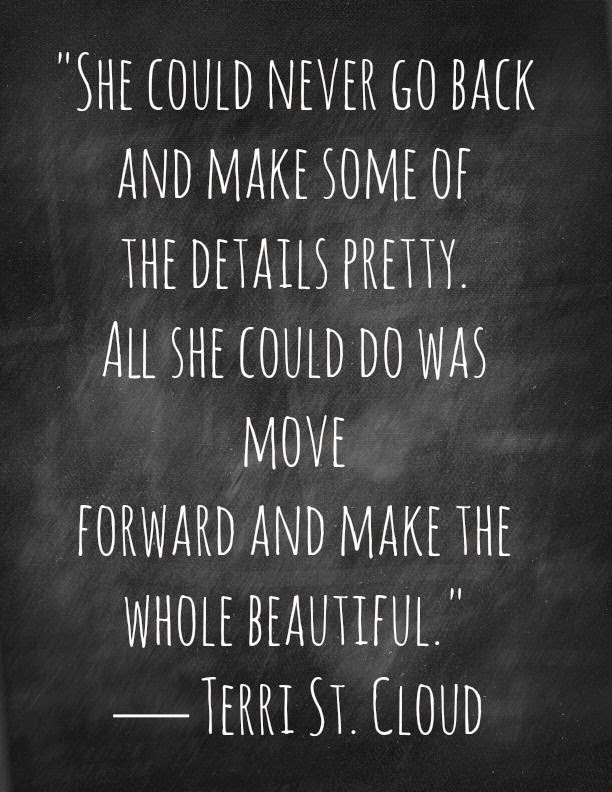 The world relentlessly attempts to squeeze us into their mold of prettying up the details.

Proponents of what is known as “Positive Adoption Language” implore us to say, “made an adoption plan” instead of “relinquished” or “surrendered” or the dreaded, “given up.”

Stop putting your spin on it, please.

I was relinquished.
I was surrendered.
I was given up.

Until I fully faced that reality, I could not move forward.

These same proponents of PAL want me to say I “made contact with” my “biological” mother instead of saying I reunited with my natural mother. What a crock. Made contact? What do you call nine months of living inside someone's body?

My mother and I already shared nine months together.  I reunited with her, this person I had already lived with for nine months. As far as being natural, that’s exactly who she was – my natural mother. (I say was because she is now deceased.)

It is natural to conceive, and deliver a baby. That’s something God has naturally created human beings to be able to do although I do realize some people struggle with the trauma of infertility. And that makes me sad for them. Bottom line though is, I was conceived and birthed through natural means. Spin that any way that you want, but the truth is --I was born to this woman, and she was my mother.

And by the way, it’s the most natural thing to keep your kids, not to surrender them being that only 2% of children are relinquished. Do you like how I used surrendered and relinquished in the same sentence? This might cause the PAL proponents to need a  valium.

I'd say conceiving, carrying, and delivering your child is about as natural as it gets.

You PAL folks want me to say I “was” adopted, not that I “am” adopted. Are you on crack? Seriously. My natural family doesn’t go away because a few papers are signed. These are real people.

The institution of adoption creates new ways of relating and doing things by it’s very nature. Every time I go to the doctor’s office and fill out papers, which is a few times a year – I get a reminder that, guess what…I’m adopted! I have to write it on medical papers several times a year. That adoption affects my life in profound ways even to this very minute.

Please, stop trying to change my history just to make life more comfortable for you.

“Deanna, why do you have to talk about the pain? When you wrote your personal story, was it necessary to share all the nitty gritty of how the losses affected you through the years? Was all the talk about perpetual trauma and sharing exactly what happened in all it’s rawness really necessary?”

Those who walk in truth and not other people’s air-brushed versions they so crave to make it look like their choices were of no consequence, will always get challenged.

No, I can’t pretty it up.
I can move forward. In fact, I have made much progress!
But that wasn’t possible until I first faced it, in all it’s ugliness.
Moving forward isn't possible until you first deal with reality.

A white-washed story told through rose colored glasses is not essential in creating a beautiful ending.  Guess what… I’m in charge of the ending. Finally, I’m in control of something in this story. Because I’m an adult now and my thankfully, I get to make my own choices and don’t have to just ride the waves of the choices others dished out. It’s my turn now. My choices combined with God’s supernatural power in my life work together to create an amazing ending to a woefully painful beginning.

But pretty-up what I lived through, so others who made choices that affected me don’t feel quite so bad?

No, not gonna do that.

That would be like putting a positive spin on the Holocaust.
And not only would that be impossible but utterly inappropriate.

Thankfully we adoptees do not have to check our brains at the door, or our feelings.

We are the grown ups now.
Welcome to our world.