Secrets and Lies of the Adoption Constellation

Imagine with me, something I can’t fathom happening in my wildest dreams.

What if my husband cheated on me?

For those who don't know my husband, Larry...let me introduce you.

He's a man of his word, a person of integrity and a great husband and father. I am so blessed to be married to a person regarded by many, including me, as an integral man of God.  He's sexy in a black suit, too.

But imagine for a moment that none of that was true.

Picture Larry...spinning a web of secrets and lies.

I imagine many of my friends and family would say, “What a jerk!”

I know for a fact that if Larry did this, many if not most of our friends and family would encourage me to leave, or to kick him out – particularly if he wasn’t willing to come clean with everything, and turn completely from his deceitful ways.

I can hear them now: “You don’t need this, or deserve it, Deanna…”

Turn the tables and it would be the same with me. If I ever cheated on him, dear sweet Lord baby Jesus, help me! Everyone would believe I had gone off the deep end. And,they’d be right. “Larry is such an amazing guy…" they'd say.   Our circle of family and friends would be devastated.  If I did not live honestly – I would probably lose everything…the greatest loss being my husband.

Either way, whichever of us followed the path of secrets and lies --  people would think there was absolutely no excuse.

I believe many of our friends and family would forgive and have grace on us, but only if we were totally honest and lived in truth in the days ahead.
If Larry cheated on me, do you think ANYONE, anyone at all, would say things like:

“You know Deanna, you just have to understand the times…”

"Deanna, can I just encourage you to have some compassion on Larry?  Try to consider where he was coming from with all this..."

“You have to understand the pressure he was under…”

“Larry has his reasons…”

“Sometimes, people withhold the truth for your benefit..."

"We don't know why some people conceal the truth, but we have to try to understand them..."

"Larry is probably reacting out of shame, fear, and a lot of things you aren't aware of. Try to put yourself in his shoes..."

This would NEVER happen.

If anyone heard people say these kinds of things in response to a spouse spinning a web of secrets and lies they'd think they were crazy!

With almost everything in life, people view secrets and lies as wrong and completely unacceptable.

Why is there a different set of rules when it comes to what adoptees face?

Why are adoptees asked to be flexible, to show compassion, to try to understand a secret or a lie?

Why are we expected to show nothing but understanding when faced with this type of behavior and people refuse to give us the truth about our history?

How ludicrous is is that the adoptee is always expected to adapt while the lie-teller is just expected to be understood?

Adoption is the only place where we not only accept secrets and lies, we glorify them. It is situational ethics run off a cliff, not just run amok. We often hear the accolades about people making these God honoring, life-giving, and redeeming decisions.   Then why does it feel so hurtful?

If something is a secret or a lie, it’s just plain wrong.

It feels hurtful because, it is.

Adoptees shouldn't be admonished to muster up compassion to make people who spin the web of lies feel better about their on-going decision to live a life of deception. I can hear it now. Some would say, "It's not so much a life of deception, Deanna...it's a life of pain...try to understand..."

Adoptees who face this...if it makes you feel any better just shake your finger back at this lady right here and tell her how you feel. Go ahead, you know you want to. 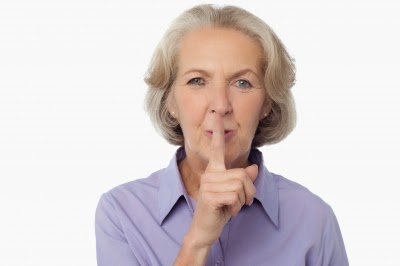