What Every Adoptee Needs More Than Anything

Six months ago when I first began writing at Lost Daughters, my (adoptive) cousin, Grace, read my first post there, and commented.

It was a scary time for me, daring to open up and write about my experience, feelings and beliefs about adoption .


I feared people's reactions, but not enough to suppress my truth anymore. I bared my soul at Lost Daughters, and hoped for the best and braced myself for the worst.


Preparing my heart for the worst came as a result of personal experience when I had dared to crack open my soul just slightly and it was so seared, I went back into my shell, planning to stay there forever.  Over the course of my life, painful feedback occurred with people I knew as well as with total strangers.

I have learned most people seem to have strong views about adoption even if they've never been adopted. And, they are more than happy to verbally beat you over the head with their opinions. I was anxious about an impending verbal assault, but steadily grew braver each day through the support of my Lost Daughters sisters and lots of prayer. Finally, I was ready to step out and voice my truth, come what may.

I never solicited her thoughts, but after my first post, Grace left me a comment on Facebook that day and said, "Deanna, thank you for writing. I want to understand! And, I am understanding more!"

Not a searing. Not a verbal assault. Instead, I received warmth and a verbal embrace of sorts, as Grace sought to understand.

I held the gift of her words in my heart.

Grace's encouraging voice joined in harmony with my friend Gayle from church, as well as the chorus of my Lost Daughters sisters. Together, these ladies fortified me, giving strength to go on to write the next post.

For months before I began to write at Lost Daughters, Gayle had been encouraging me to step out to write about adoption. "Write from your soul," she begged me. "I want you to tell me what's really deep down inside, and share who you really are...and I really believe that's what other people want from you too."

"Seriously?" I wondered. Could people really handle who I am and what I really feel about this?" 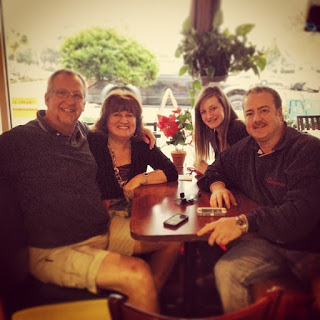 This past Friday my (adoptive) cousin, Henry, visited us from Tacoma, Washington. We hadn't seen each other for nearly thirty years in person, and we have never spoken of my adoption prior to this. I never planned on bringing it up, (although I am always open to discussion), but as we sat down for some ice cream with my husband and daughter, Henry asked me about adoption. He knew my (birth) sister Shari was coming to see me the next day as I had told him I was preparing for her arrival. I also assumed he may have seen a few of my posts on Facebook.

My heart was touched once again when Henry asked me what I like my family to be called -- birth, natural, first, or original. He didn't take for granted what they should be called and he made it clear he wanted to refer to them as I desired.  Many adoptees understand the significance of this.

I told him that for those who are not adoptees, I use the word birth. I explained that if I refer to them as original or first (which would be my two top preferences) most people look at me puzzled and don't understand who I'm talking about. I have always made the adjustment for non-adoptees just to simplify our conversation. Henry said, "no, I want to refer to them in the way that you would prefer, so tell me what that is." It was refreshing to have somebody ask me what I want. He proceeded to ask me about my reunion with my original family, and was genuinely interested in knowing more about my adoption experience. He was understanding, and sat with tears in his eyes as I shared my story.

That conversation was also a gift I'll always hold in my heart. 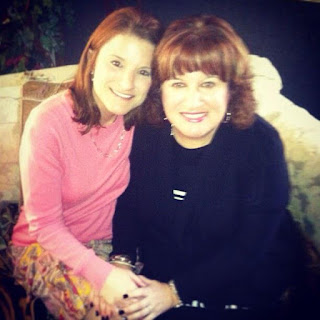 My (original) sister Shari got off the plane the next day from North Carolina and I picked her up at the airport curb and we took off right away to a favorite Cuban sandwich shop. While en route, she said, "I can't wait to talk about adoption!!"

Shari and I have been in reunion for 20 years now and we communicate often by phone and e-mail. No topic has ever been off limits. We've talked about adoption and reunion before. But my blog posts on Lost Daughters the past seven months have blown my soul wide open to share with anyone who's willing to read, and my sister has read every post.  Some of the things I wrote, she wasn't aware of to this degree.  But she desperately wants to know.

We talked about it through our meal. And we talked about it for hours later. Tears ran down our cheeks, alternating with laughter, and the truest sense of gratefulness I know. The conversation continues today.

And that is an amazing gift I will keep in my heart forever.

The thing I've craved more than anything else as an adoptee is understanding.

I believe understanding is a key ingredient to an adoptee's healing.

What would happen if people drop their preconceived ideas and suspend their Americanized and Christianized beliefs regarding adoption for just a few moments, and make an effort to understand?

I am often asked, "what do you mean by 'Christianized' belief?" This is a post or a series unto itself but for now I will just say that there is a difference between a spiritual understanding of adoption and being an adoptee in a world where most people are not adopted.

Four people in my life have given me a great gift. They seek to understand. They desire to know more. They want to know, "what's it like to be you, Deanna?"

They have dared to ask the questions. They wanted honest answers. And, even if the truth I share is surprising or even painful, it's okay. Because the questions were never asked just so I would tell them what they wanted to hear.


There are very few times anyone has ever asked me about my feelings, my thoughts, or how I am doing regarding adoption. These occurrences that I have just shared stand out strongly and mean so much because they are rare.

Unfortunately it's a story I hear from fellow adoptees all the time. Countless adoptees have never had anyone outside of another adoptee they met on an adoptee blog, forum or website make an effort to understand.

How can we change that?
Posted by Dr. Deanna DossShrodes