Why Making Decisions for Your Adoptee Spouse Can Kill Your Marriage

When we first got married, I went out and bought a bed.

Wrong. I did it without my wife.

Guys, if there’s one thing you want in marriage, it’s for your wife to like your bed and want to be in it. :)

Whether one is married to an adoptee or not, it would be a smart idea to consult with your spouse about things like this, but for an adoptee marriage, you may be committing marital suicide not to do so.

I got this bed on a great deal, we needed a bed, and I thought, “Hey, I’ll just pick this up and Deanna will love it.”  Ha! Epic fail.

Unfortunately with the great deal I got, returning it was not an option. We were stuck with it for quite a while as when we first got married we were too poor to pay attention. Didn’t have two nickels to rub together.  What other metaphors can I use? You get the picture…

Going through that situation early on and then many more after it through trial and error showed me something about the adoptee I’m married to. She’s very sensitive about decisions being made for her. She tells me many other adoptees feel the same way.


I’m sure non-adoptees are also a bit peeved when decisions are made for them in a relationship. But the adoptee I’m married to? Making a decision for her, especially what she would consider a major one, is all but guaranteed to have World War 3 break out!

My intention isn't to hurt Deanna or our family by doing something like purchasing a bed without asking her,  especially when we’re in need of one. I was only trying to help. In fact, I was sure my wife would be elated by this surprise. (Surprises…a  topic for another day! I’ve learned a lot about those too.)

During the times I have gone ahead and made some kind of significant decision without Deanna, she has described it leaving her feeling like I am more of a father than a husband. And I certainly don’t want that to be the case. So, I’ve taken steps to ensure it not only doesn’t feel that way, but it’s not that way.

To break this down practically, just in case you’re wondering, we don’t consult about every itty bitty thing. I don’t ask with her before I buy a pack of gum, or something that has nothing to do with her.  I don’t talk to her about every decision I make on the job (although we do work together) unless it concerns her specifically.  And, over the years our level of trust has grown in that Deanna has told me with certain things that happen to be my area of strength, (like an electronics purchase!) she trusts me to make the decision alone on something I know more about.  But generally, if something (not just financial) has to do with my wife, or our family, and it’s going to affect us in a significant way –we thoroughly discuss it before any decision is made. And then, we make the decision together.

That’s part of having mutual respect for one another, a healthy ingredient in any relationship but especially in a marriage. Healthy marriages have a high degree of mutual respect. It's a fact. 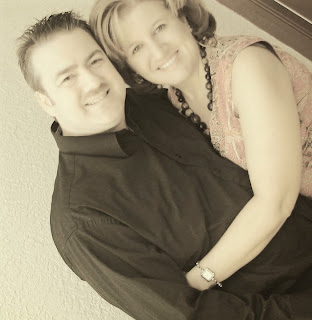 As a husband married to an adoptee I have learned that part of my wife feeling secure is in knowing she will never be surprised even by what I may consider a good decision.

You may wonder whatever happened to the first bed. A few years later we found another one on sale that wasn’t something we were both crazy about but it was also a great deal and served it’s purpose for a while. And then…several years ago Deanna was in a store with one of her girlfriends and she laid eyes on a bed that also happened to be on sale for an amazing price. She fell in love with it right there in the store. In fact she and her friend were raising their voices and causing such a commotion over it, the salesman said he had never seen two people so excited over anything. (Believe it or not, he had such great conversation with my wife and her friend, that he showed up at our church the very next Sunday!) Deanna called me from the store and told me she had found what she considered to be her dream bed, but she wouldn’t ever make this decision without me and asked me to come down to the store. I drove over to see it and thought it was good too, but mostly I was happy to see my wife so happy. We got the bed that day and now, my wife loves our bed so much on some days it’s hard to get her out of it. A good problem to have!

Moral of the story: don’t ever leave your adoptee spouse with an out-of-control feeling, with decisions made for them, rather than together.

Marriage is a partnership, not a solo act.
Posted by Deanna Doss Shrodes