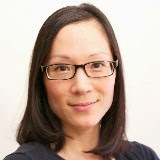 This week I’m featuring a three part series by my friend and fellow Lost Daughters sister, Mila Konomos. It’s my joy to introduce her to you today, particularly those who may not know her, yet. She’s someone whose poignant posts and caring heart  compelled me from the get go. Her posts on the subject of adoption are among the most widely circulated in the adoption community, and for good reason. She always leaves the reader with so much to think about!

Before you read her three part interview this week I invite you to take a look at her reunion video. It's six minutes and thirty-three seconds of fascinating footage, which never fails to bring me to tears.

Deanna: Mila, although I've known you for a while as part of Lost Daughters, this is the first I'm introducing you here at Adoptee Restoration. Could you begin by giving us your adoptee story in a nutshell. (I know, I know, that's hard!)

Mila: It’s a pretty typical Korean adoptee story in some ways. I was born in Seoul, South Korea in 1975. Adopted by a White American couple as an infant. Began searching for my Korean family in 2002. Found them in 2009. My American parents are less than supportive but more than indifferent to my reunion. As far as being an adult adoptee, I live a good but complicated life in which I feel relentlessly divided. If folks want more details they can go to my retired blog, Yoon’s Blur or to Lost Daughters.


Deanna: I believe that you have a Christian background. Is this so?

Mila: Yes, I do have a Christian background. But I’d call my relationship with modern Christianity “complicated,” to say the least.

I grew up in a very loosely Episcopalian home. Translation: We went to church on Easter and Christmas and said “grace” before meals.

There was a period in high school that I got very religious. But then went through a time in college that I began to doubt and question it all. Pretty typical stuff for an American college student. I got really into Nietzsche for a while and Taoism. And then in my mid-20’s started to return to the Bible and Jesus.

But all of this took place before I emerged from the “adoption fog.”

As I have begun to emerge from the adoption fog, my relationship with Christianity has become increasingly complicated and strained--primarily due to the dominant adoption narrative within modern Christianity and its resistance to consider adoptees’ and original parents’ insights and perspectives that challenge the dominant narrative.

I often simply refer to modern American Christianity as “Churchianity.” I believe that the Christianity practiced in America is nowhere near what Jesus intended. I don’t even like to call myself a Christian or even like to associate myself with Christianity because in its current form and practice it is a gross perversion of what Jesus taught and lived, which was ultimately, love. In my experiences, Churchianity has often been anything but love.

I share all of this because it is incredibly relevant to my adoption journey. The way Christianity/Churchianity is practiced in America has profoundly affected my experience as an adoptee for better and for worse--unfortunately, when it comes to my adoption experience, primarily for the worse. My experience with adoptive parents who call themselves “Christians” has generally been negative--I often feel patronized and marginalized.

I have also felt very stifled by the church and other Christians as a result of my views on adoption. I was literally stifled one time at a church-sponsored adoption event at which I was asked to speak. When they read over what I had prepared to share, I was asked to omit the parts in which I had planned to share about my struggles and difficulties as an adopted person. At the time, I was still in the adoption fog, and so I obliged. But I never forgot that instance, and it was at that point that I started to realize that Christians wanted to hear only one kind of narrative from adoptees. Although I continued to be invited to speak at church-sponsored events, I had internalized that I needed to share only the “happy side” of my adoption story.

Eventually, however, as I started to emerge from the adoption fog and take ownership of my own story and journey, I was asked less and less to share at these events until eventually I was not asked any more. Even recently, I expressed a desire to share at an upcoming church-sponsored event but was declined.

Furthermore, for the several years that I blogged at my retired blog, Yoon’s Blur, some of the most hurtful and invalidating comments and emails were written by “Christians.” Quite honestly, non-Christians generally respond to my thoughts and perspectives with so much more kindness, sincerity, and openness than most Christians.

To be frank, I dread discussing adoption with the majority of church-goers and Christians. They are my least favorite people to talk with about adoption. There is so much presumption and expectation and pressure for me to think and feel a particular way about adoption that it’s almost oppressive.

There is so much pride and sanctimony surrounding adoption that if you dare to challenge what I call, “The Gratitude Gospel of Adoption,” Christians automatically label you as one of “those adoptees” who is [fill in the blank with any of the following: angry, bitter, ungrateful, unstable, etc.]. I continue to have personal experiences with this kind of response and treatment--extremely judgmental and very often void of the love that I believe Jesus exemplified.

Hence, unfortunately, as an adoptee I have come to feel completely alienated from other Christians. The more that my adoption experience continues to evolve, the more my aversion to Churchianity deepens. I often feel like I’m some kind of heretic when in the company of Christians not only because of my views on adoption but also my views on controversial issues within the church like guns and the military, immigration, etc. The things I believe (based on the Bible that I understand) are like heresy to American Christians today.

Even still, there are Christians whom I respect and appreciate (such as yourself, Deanna) for their openness and consideration toward adult adoptees and our original parents. But they truly are the exception rather than the norm. I have hope that their numbers will increase, but we still have a long way to go.

I might sound like I have a persecution or victim complex. I don’t think I do, but I certainly could be wrong. Rather, I don’t feel persecuted or victimized per se but I do feel marginalized and dismissed within the Church when it comes to my adoption views. But because I consider myself a follower of Jesus I am trying to work through it all and trying to let love win.

Anyway, sorry to drone on. But this is such a significant part of my adoption story and continues to complicate my journey and cause me a lot of turmoil.

Deanna: You aren't droning. And, I understand. What do you feel the biggest misunderstandings or myths are about Christianity and adoption?

Mila: Oh geez. Where do I start?! Haha. The whole thing is wrong--that is, modern adoption is completely wrong in almost every way, especially as taught and practiced within Churchianity. I guess in short, the biggest misunderstandings include but are not limited to: modern adoption is the highest, most selfless form of God’s love, that it is in the Bible, that it is a kind of divine mandate, that it is part of Jesus’ message, that adoption is a way to “convert” underlings to Christ.

There is almost no biblical basis for modern adoption practices. Christians today have grossly misconstrued the Bible. As you have written about it, Deanna (Adoption: It’s in the Bible!), and as I have (Moses the Adoptee?), folks take the stories and teachings of the Bible completely out of context to support of a practice of adoption that Jesus and God never intended.

When the Bible says to take care of orphans and widows, to care for the oppressed and poor, I can state with confidence that today’s adoption practices are not at all what the authors of those teachings meant. To paraphrase a fellow Korean adoptee, “I firmly believe that helping another country does not mean helping oneself to its children.” And an adoptive parent once commented, “"If Christians wish to focus on adopting as a way to give back then they need to adopt the entire family - not just the child - no Christian should be purposely severing the biological link that God created...God told them to care for all humanity...not just the little ones..."

(There is an excellent and very thorough paper written by David Smolin that addresses the misinterpretation and misuse of Scriptures regarding adoption.)

Deanna: Thank you, Mila. As usual you give us a plethora of things to think about! We look forward to part 2.