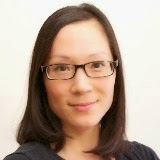 Today brings us to part 3 of a series of posts from the incomparable Mila Konomos. If you missed parts 1 and 2 check them out...

Deanna: What are your feelings about reunion?

For me personally, reunion has been both the best and worst experience. It is both exhilarating yet heartbreaking. Uplifting yet crushing. Fulfilling yet draining. It is the experience of feeling every seemingly contradictory emotion over and over again. It is learning to live life with a divided identity that no matter how hard you try to merge the two, they always feel at odds.

Reunion is not for the faint of heart. And it is certainly not a fairy tale ending. Although it may bring answers, it does not bring closure. Although it may bring healing, it does not fix anything. It does not make adoption all better. And when you are facing language, cultural, and geographical barriers as an international adoptee, well, obviously, this further complicates the reunion experience, not only short-term, but long-term.

Although I can say without a doubt that I do not regret searching and finding, there are times I wish I could make it all disappear. For me, as an adoptee in reunion, I am constantly having to manage complex, seemingly contradictory emotions, thoughts, identities--it’s maddening at times. And somedays, I just wish there was a way to make it all go away. But the reality is that it will never go away. So, I have to deal with it. Reunion is endlessly complicated, and hence my feelings about it are equally complicated.

Back in 2010, about a year after I found my Korean family, I wrote a post called, “Reunion does not fix it.” I basically still feel that way, and maybe even more so now that I’ve been in reunion for 6 years.

I think if my American parents and family were more supportive and understanding and accepting of my reunion and my Korean family and origins, my experience would probably be less daunting but still troubled.

Deanna: Have your feelings about reunion evolved? If so, how?

Mila: Good question! YES! And they are still evolving. My feelings about reunion will always be evolving as well as my feelings and perspective regarding adoption.

In my old blog, Yoon’s Blur, it’s so enlightening and eye-opening to see the transition, the evolution happen over time from the compliant, grateful, I’m-so-lucky, stuck-in-the-fog adoptee to the questioning, confused, tormented, angry, this sucks, emerging-from-the-fog adoptee.

I think reunion in part really catapulted or catalyzed my thinking from more simplistic to more complex. It has been impossible as an adoptee in reunion to see my adoption as a cut-and-dried, concrete issue.

When I started searching and then initially reunited I was in what I call the “honeymoon phase of reunion.” It did feel like a fairy tale, like a dream come true. I thought my reunion would resolve everything and make me feel whole and complete, that all my questions would be answered, that my life would finally feel resolved. But now 5 years into reunion, it’s so much more complicated than I could have ever imagined or anticipated!

I initially thought finding my Korean family would bring me resolution and closure. Ha, wow, I was so naive. Of course, it resolved certain questions, but only as it has opened up more questions. I thought reunion would bring complete healing and would make the grief, loss, and pain go away. In some ways it has actually brought new pain, grief, and loss. It’s so ironic and so opposite to how most folks on the outside view reunion. A while back, I wrote a blog post at Lost Daughters that sums up my adoption reunion experience at this point, “Romanticizing Adoption & Reunion: The Modern Day Fairy Tale thatActually Isn’t.”

As I stated above, I in no way regret reunion. But I definitely had romanticized it in my mind in large part due to naivete, and I think also due to the fact that there is so little literature and discussion regarding the realities of reunion and post-reunion. But hopefully more writings and discussions about the challenges of reunion will emerge, particularly post-reunion. People need to know about the realities of long-term reunion, once that honeymoon phase is long gone. (Although, I guess one resource that both you and I are familiar with is “Adoption Reunion in the Social Media Age.”)
Deanna: If you could shout one thing from the rooftops about adoption and have the whole world hear, what would it be?


Deanna: Anything else you want to talk about?


Mila: You shouldn’t have asked me that. Haha. So, yes, there are a few things I’d like to mention...

I would like to mention that I think there is a dangerous, unfortunate misconception among adoptive parents today that “adoption is all fixed.” No doubt progress has been made--some AP’s are more aware of the inherent issues with transracial adoption as well as the issues of loss and grief. Some AP’s are very accepting and inclusive of the adoptee’s origins and birth families.

But because of this, so many AP’s seem to think that therefore their adopted children will be “fine.” They assume that adoptees of the more recent generations will not experience the same issues as adoptees of my generation. This inherently places undue pressure and expectation on both the AP’s and their children. Furthermore, there is still a culture of exclusion in adoption--one that still excludes [dissenting, critical, complex] adoptee voices in favor of adoptive parent voices. It’s getting better, but as evidenced by the NPR fiasco (#NPRgate), we still have a long way to go. Even the comments in response to the adult adoptee, Chad Goller-Sojourner, that NPR finally featured are an indication that we have a long way to go.

I hope adoptive parents will become more proactive in supporting adult adoptee voices, especially the ones that challenge them and make them uncomfortable. I think it’s crucial that Christians get comfortable with being uncomfortable when it comes to the complexities of adoption.

With that, then, I hope that the dominant adoption narrative within Churchianity will expand to not only tolerate and include, but embrace and value adult adoptee voices like mine--voices that sing complex, alternative songs--rather than exclusively playing the same traditional hymns and happy clappies over and over. I’m not asking us to forsake one narrative for another but rather to value the narratives that Christians often censor and euphemize.

I also want to see less “in-fighting” among adoptees themselves. It’s so disheartening when I witness adoptees tearing each other down. The bickering and lack of respect within the adoption community among the different camps of thinking is disillusioning. In particular, when fellow adoptees disrespect and deride fellow adoptees. In all honesty, there are times, I, myself, have made this mistake because I felt threatened that my story and perspective would be invalidated and devalued. I think at times we all can let fear get the best of us, especially when we feel like our pain and suffering are being questioned and dismissed. This is something that I personally have been trying to work on more recently, in the past year or two. And it has been very freeing.

So, yes, I think it’s so crucial for us to allow adoptees to take their individual paths and to give them the freedom and safety to move through their emotions. And anger is a very natural response to loss and grief. Some adoptees may need longer to work through the anger. Some may go back and forth. I know I do. The five stages of grief are fluid, and ultimately there is no “right way” to process grief and loss.

Ultimately, I hope we will see less judgment and condemnation, more grace and love for everyone involved--adoptees, original parents, adoptive parents--all of whom are our fellow human beings.


Deanna: I hope for the same. Thank you so much, Mila, for sharing with us so deeply this week. We learn so much for your insights and you are much appreciated.