When Will Adoptive Parents Listen to the Voice of the Adopted? 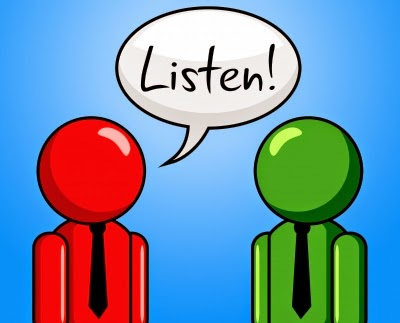 Lately I’ve had an interesting phenomenon with adoptive parents. There are some who read my book or blog and come to me and say something like this:

“I wanted to talk to you, to get your thoughts on how to help our daughter. She's a teenager. We thought we would never face the issues you describe. Things seemed to be fine. She never brought anything up about being adopted. And if she ever did, we thought our love would be enough to cover...and, of course, we've got the Lord. We loved, we prayed, we believed. And now...we are really at a loss as to what to do.  Because she is dealing with some of the post-adoption issues you describe, and more.  We're trying to get her to open up and talk to us about it, to get to the root of all this...but she’s shut down completely. She won't talk to us. She's acting out, and things are getting out of control. We’re fearful and worried. We don’t know how to help her. What do we do?”
Of course I tell these parents that I am not a therapist, and they need to get  help for their child, pronto.

But one theme seems to emerge…

Most of them seemed to be rather self assured in the beginning that there wouldn’t be issues. At least not ones that many of us adult adoptees describe who blog and write books and dare to speak out about this.

They thought their love would be enough.

Here’s the storyline I see repeated:

Adoptive parent believes their child will have no issues. They are different. Even if they admit that some people have post-adoption issues -- they really believe it won't be them.

Adoptive parent really doesn't want to broach the subject with their child when they are younger. They think it's unnecessary.

Adoptive parent thinks if they don’t focus on it, maybe it won’t ever be an issue. It's important to leave the past in the past - focus only forward.

Adoptive parent proclaims child is fine because, “she never says anything.”

Adoptive parent believes child is fine because she is smart, she does well in school, she is an achiever, etc.

Adoptive parent is in shock and despair when some post-adoption issues emerge and they are too big to deny.

Adoptive parent is at a loss when they child acts out.

Adoptive parent desperately wants the child to open up and "get fixed in counseling".

Adoptive parent is reeling with a range of mixed emotions, and in desperation finally talks to adult adoptees.

When I meet parents like this, it takes every bit of fortitude to keep my mouth shut.

I do my best to give only two words of advice to them, “Get therapy.”

But really, what’s in my head while I’m saying, “get therapy” is that that waiting until your child is older to get real help costs you a lot more in more ways than one.

But by the time they come to ask for the wisdom of those who actually are adopted -- many of them whose views they have dismissed and maybe even mocked -- the child’s pain level is really high as evidenced by how it is manifesting.

It’s not that it’s an impossible situation. I believe that anything is possible with God and therapy sure does wonders. I’m just saying, it really makes it a lot harder when adoptive parents approach adult adoptees when things are already out of control.

When oh when will they listen to the voice of the adopted?
What would happen if adoptive parents listened to adult adoptees at the very beginning rather than running to them after everything melts down?
Posted by Dr. Deanna DossShrodes