Have you experienced challenges in reunion? Is the Pope Catholic?  Of course you've dealt with your share of reunion doo-doo, if you have been in reunion more than about 30 seconds. I'm delighted to be joining forces today with my gal pal, Laura Dennis, the adoption fog buster, to discuss this issue! Yeah, she's totally amazzzzzzzzzzing.

We began this conversation on Laura's blog yesterday with Part One. If you didn't read yesterday you might want to hop over there first to check out the beginning. But please, make sure you hop right back here when you're done!

With that said, here we go with the second half of our conversation about difficulties in reunion. 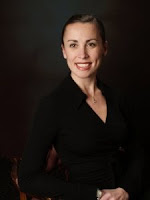 Laura – I love this notion of “active relationship,” because it can help non-adoptees see that just because you’re not in an active relationship with someone, it doesn’t mean you’re not affected by that person. Take the situation in which Dad has disappeared, leaving Mom to raise the baby...would we say that Dad doesn’t have an effect on the child’s life? No, we would say the effect is huge exactly because he isn’t there.

This notion that you mention of being required to fit in, to adjust to the adoptive family reminds me of Daniel Ibn Zayd’s article, Reactive Attachment Disorder (RAD): the alienation and resistance of the adoptee. In the post, Daniel argues that the adoptee’s feeling of not fitting in is actually normal. He says:


From this I would be willing to state that race-similar children, not having the obvious physical “difference” to rely on—i.e., a kind of “safety valve” of obvious difference—might likewise go further in their “resistance” to the adoption, and against those they are compelled to “be like”. In such a light, RAD [Reactive Attachment Disorder] might better be stated as an acronym that stands for “Resistance Against Domination”, and should be categorized with similar resistances, and supported as such.

Daniel’s post also relates to your article, 3 Things SOME Adoptive Parents Do That Drive Me Crazy in that APs enter adoption with the expectation that the adoptee will join the family on their terms. And therefore, when an adoptee decides to reunite, they perceive it as a slap in the face. I’m sure if the Reactive Attachment Disorder had been around when I was reuniting, people might have accused me of that ... as an adult “rejecting” her adoptive family by seeking out her first family.

The same can happen with reluctant adoptive families who on the surface may even support their adoptee’s reunion. But soon enough they bristle when the adoptee continues to pursue a relationship with her first family, or gasp! invites everyone to a family gathering. What? Just meeting your first mom one time after eighteen years wasn’t enough for you? You want to integrate this side of your family into ours?

It feels to me like the moment the adoptee refuses to adhere to the previously accepted terms of engagement, that’s when we start to see true colors. It happens on the biological and adopted sides.

It sounds like such an ungrateful thing to say, or even type–but when an adoptee asks for something that’s not okay, or “not what we do in our family,” or considered controversial, we get put in our place.

We go right back to the outsider status that everyone assured us didn’t exist.

Deanna – That’s exactly right. Boundaries are a very interesting thing. They let us know where the edges are. Tell us where not to cross. Inform us of the limits. People don’t mind you letting you know they have boundaries, but are not always equally receptive that you have them too.

I recently experienced this in my own life. A family member said to me, “I hope you can accept my boundaries that I have put in place at this time.” I said, “Absolutely! I would hope we can both accept each other’s boundaries.”

What the hot place??

Okaaaayyyyyy, so it’s okay for you to have boundaries, but me…not so much?
Here we go, back to the outsider status, that is a figment of our imagination.

People ask me all the time: “How do you have a successful reunion?”

I struggle with what the definition of successful is when it comes to reunion. I’ve never heard of one that doesn’t have its challenging dynamics. How the hot place do you reconcile that you are coming back into active relationship with a family you have been out of contact with for at least eighteen years and trying to fit in? Of course there are issues. The question is…how severe will they be?

“So don’t open that can of worms…” non-adoptees say. Aside from the fact that I’m sick of my  FAMILY being compared to a can of worms…challenges are not a reason to refuse to pursue something. Who doesn’t have challenges in their family? I’ve got the most amazing family ever with my husband and kids but we definitely have our ups and downs. It’s part of it.

Successful is a relative word, pardon the pun!

And normal is just a setting on your dryer.

This reminds me of the double standard when it comes to open access to accurate birth records ...

I always try to be proactive in these situations and ask, Is there anything we can do that would change things for the better?

It reminds me of something I’ve learned as an American living in Serbia (No! They’re not all war criminals!). Serbs are resilient, strong-willed people (there’s even a word for it, inat), and they value that in others. The moment you stand up for yourself, you get more respect.

Here’s the kicker: even if others don’t respect what we’re about, we don’t need anyone’s approval to stand in our own truth.

Deanna: - Exactly. We don’t need their approval. At the same time from what I’ve observed, it takes an adoptee to come to a new level of self awareness and strength to stand in their own truth without approval.

I know so many adoptees who are dying inside, because of approval addiction.

Forget about searching – they don’t even ask basic questions because they know it’s going to hurt others (because of their unrealistic expectations and unhealed self) and they fear their reaction. So they suffer in silence and say that someday they may pursue something (like when whoever’s disapproval they fear dies…)

Adoptees getting to the point where we don’t care about approval, is HUGE because many are so afraid of rejection. I believe most people in life care about the approval of significant people in their lives, but with adoptees it’s magnified tremendously.

As far as being pro-active and addressing what we could do to make things better, I believe helping adoptees to become self aware and confident at a younger age would help.

At some point, the true colors post-reunion honeymoon will emerge. When they are not pretty, it is important that the adoptee be prepared – strong and standing in their truth,  able to handle disapproval if it comes. Sad to say, it means being willing to lose everything again, if we have to.  I’ve been through this more than once and each time I’ve reminded myself, “I’ve lost it all before and survived…if I lose it all again, I will be okay. I will survive. I am strong.”