What Do Adoptees Talk About?


Every day I talk to adoptees, many of whom have become my close friends.  One of my dearest friends is Amanda Woolston, the DeclassifiedAdoptee, and founder/editor of Lost Daughters. We chat regularly, sometimes just about life and lots of times about adoption. Our talks have been so meaningful to us, we recently said, “You know, we should publish some of these chats…”

So, here we go. Today we're publishing one of our actual online chats, the subject of which is frustration surrounding speaking our truth and encountering non-adoptees who just don't understand, and some that don't want to understand.


We'd love it if you would join both of us in further chatting on this subject, in the comments! 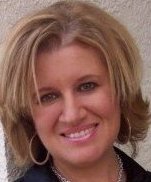 Deanna Doss Shrodes:  Larry and I were speaking at another church recently and he shared about following your passion, your dreams, your heart.  Everyone was gathered at the altar, and he asked us to team up with one other person and share about our dream and then pray together about it. So, I shared with the woman standing next to me at the altar that I want to help adoptees. And she said, "Oh wow, that's great that you want to help kids..." And I said, "well, I do love kids, but actually I'm helping adults." So she was totally puzzled and I explained that there are adult adoptees. She didn't get it. At all. No matter how many times I explained it.  And then after I explained it and it was her turn to pray for me she began her prayer with, "God, I just ask that you help my new friend as she ministers to the children..."

Amanda H L Transue-Woolston: I had a similar conversation with my doctor. I told him I was going to a speaking engagement and did not want to go ill. I begged him for some sort of antibiotic for my sinus infection. When I told him that I was speaking on adult adoptee issues he said, "I never realized that adult adoptees existed. I mean, obviously adopted children become adults. But I never realized they'd still identify as adopted then."

Amanda H L Transue-Woolston: Yes.  I kept thinking that he has to have heard the, "I don't know I'm adopted" line from his adult patients in regard to family medical history. But perhaps his own biologically-raised / societal lens didn't allow him to realize that medical history and other issues are things adoptees face collectively.  As a community, we identify with each other and come together to solve problems.

Deanna Doss Shrodes: They don't get that. I find this mentality with just about everyone I meet, non-adoptee. When I say I am a part of the adoptee community, the looks on their faces are like..."what is that?"    Regarding "identifying with each other and coming together to solve problems"...they don't see that there are any problems to solve and this contributes to their lack of understanding.

Amanda H L Transue-Woolston: Exactly. People tend to think there's something wrong with us when we do identify together and also identify problems. Not because adoptees are not a marginalized group. Not because the issues don't exist. But because coming from a perspective of not having nature and nurture split into two families with huge policies involved is just not a part of their reality. Instead of stepping back and allowing adoptees to lead the dialogue, they force their reality onto us and expect us to conform.

Deanna Doss Shrodes: They try to make our bringing up the problems a problem instead of taking an honest look at the problem.

Deanna Doss Shrodes: Could I have used the word, "problem" any more than I just did?

Amanda H L Transue-Woolston: LOL. I didn't even notice. How many times did I say, "issues?" Do you think there's any value in pushing further with someone who isn't getting it, to try and get them to understand?

Deanna Doss Shrodes:  I didn't notice!  Yes. I think giving influence along the way is more effective. Rather than one big push. I think digesting the truth about adoption is overwhelming. It's overwhelming for us as adoptees. Think about how overwhelming it is for those who are not adopted who have been given a steady diet of propaganda all their lives. Dropping one truth bomb will not do it, in my opinion. It will just shock them. At first they may think we are the crazy ones but the more we drop nuggets of truth, the more they have to chew on and steadily come out of the fog. At least that's what we hope for, right? As adoptees we are in the fog before we come to the realization of truth, but think about non-adoptees...forget fog, they are in a full blown storm of false beliefs that take more than one conversation to settle.

Amanda H L Transue-Woolston: Do you think it is always worth the stress of having to teach someone?

Deanna Doss Shrodes:  Perhaps we do not see results with each and every one. And certainly we don't see results immediately. But we see them. How will we move forward with change if we don't keep going? I think there is a time if someone says, "I'm opposed. I don't want to hear this..." certainly we don't throw ourselves out there for dismissal or worse yet abuse. There have to be boundaries. But we have to keep educating and advocating. Otherwise how will things ever be different than they are now?

Amanda H L Transue-Woolston: This is true. You know, I have had a few people say to me that it is selfish to focus on adult issues because it is us as adults that should be making a difference for children. Imagine all the services we wouldn't have for adults, especially older adults, if we felt this way about everyone? This is why I'm going into social work areas that serve adults. There are loads of childhood issues children struggle with. But turning 18 does not magically cure them. Adults deserve attention too.

Deanna Doss Shrodes: Absolutely! Turning 18 is just a number. A year older, same issues, maybe worse. The pain adoptees and birthmothers feel is not only not "cured" by 18 but many times it increases as the years go on. I was on a very popular Christian adoption site today, promoted heavily by someone who is one of America's most well known if not the best known pastor. It is a site that encourages unwed mothers to relinquish babies, and helps couples to adopt. On of the questions on the FAQ's was specifically for birthmothers considering relinquishment and said, "If I do make an adoption plan, will the sad feelings ever go away?" Their answer was: "YES!" Yes with all capitals and an exclamation point. And I thought to myself, "how tragic to tell women a lie that will forever impact their lives in such a profound way...more than we could ever even fully express to anyone." It's a loss on such a significant level it can't even be adequately expressed by the best wordsmith on the planet.

Amanda H L Transue-Woolston: I don't know how anyone can realistically promise how any given person will feel about anything, especially over the lifespan. I especially dislike it when people claim there is a "right" way to feel about being adopted, and, if adoptive parents and original parents play their cards right, they don't have to worry about having an adoptee who feels the "wrong way."

Everything is seen as a personal deficit rather than the community and larger society's responsibility to act appropriately and then take responsibility when they've failed adoptees, original parents, and adoptive parents.

Deanna Doss Shrodes:    You say: "I especially dislike it when people claim there is a "right" way to feel about being adopted, and, if adoptive parents and original parents play their cards right, they don't have to worry about having an adoptee who feels the "wrong way."   I couldn't agree more!!

So...what is the "right" way for a person to feel who has lost their mother...their entire family??    People lean so heavily on their (false) theories that babies know nothing, and that time heals everything.

I'm learning that with adoption, people love to shoot the messenger. If there are no "adult adoptees" and only "grown family members" then you don't have "adult adoptee issues" to deal with. Everyone has issues in their family although some don't like to admit they do, we all do. But to admit that an "adult adoptee" is anything less than gloriously grateful for being adopted messes up the whole paradigm that has been carefully constructed, especially in both the evangelical and Catholic world, that adoption is nothing but redemptive and amazing and the solution to the social "ill" of pregnancy among those who aren't married.

To admit that there is an "adult adoptee community" is to say that these people are gathering for some purpose...now...what could it be? To discuss issues? Problems?

Worst nightmare ever for the folks who have constructed the adoption industry as the answer.
Posted by Dr. Deanna DossShrodes