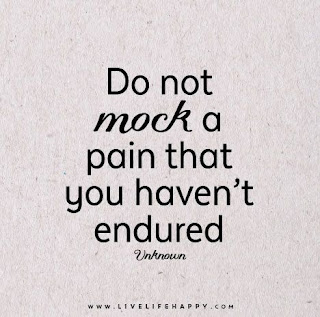 I’ve been reading Strengthening the Soul of Your Leadership by Ruth Haley Barton, and in the book she uses Moses as a case study. She says:

“Even though this was a fairly happy ending and one that contains much evidence of God’s grace, it still made for a convoluted childhood by today’s therapeutic standards! While it is good to be careful not to go too far in imposing contemporary meanings on ancient texts, we might at least acknowledge that Moses’ early childhood experiences were quite traumatic by any standard.”[1]


I totally agree. And, I believe these type of early childhood experiences are quite traumatic for all adoptees by any standard in any time, ancient or present day . Everyone doesn’t share that opinion of course.

I have had people mock me for saying that there is trauma present in adoption. I have had this experience with family members as well as strangers. Two adoptive parents visited the Adoptee Restoration facebook page a while back and were making fun in the comments, saying, “Trauma Schwauma!!!” and other equally distasteful things.

I have heard it said, “Never mock a pain you haven’t endured.” I believe no one should mock a pain, period. People have to be sick to laugh at someone’s pain whether they agree with them or not. Whether they even like them or not.

On the issue of trauma and adoption, author Mirah Riben shares:

“For the adoptee, adoption is a trauma of loss and separation that can result in PTSD.”[2]


Some people find this laughable. They just can’t wrap their heads around the fact that you can have PTSD from being adopted.

I can’t understand why so many people have a hard time recognizing that adoptees have a loss to grieve. Until that is validated it is very hard to move forward. I am blessed that while I have had some people scoff at my beliefs on this, I’ve found so many more (especially in the adoptee community) who affirm and encourage.

Many adoptive parents will scratch their heads and wonder why and how in the world their kid went off the rails. Maybe they haven’t yet. But I’d bet my bottom dollar they will at some point. And maybe, just maybe, Trauma Schwauma has something to do with it.
[1] Ruth Haley Barton, Strengthening the Soul of Your Leadership: Seeking God in the Crucible of Ministry (Downers Grove, IL: InterVarsity Press, 2012), 35.
[2] Mirah Riben, “Adoption-Related Trauma and Moral Injury,” Huffpost, June 27, 2016.
Posted by Dr. Deanna DossShrodes